Badia Lost and Found: rigenerate to find themselves 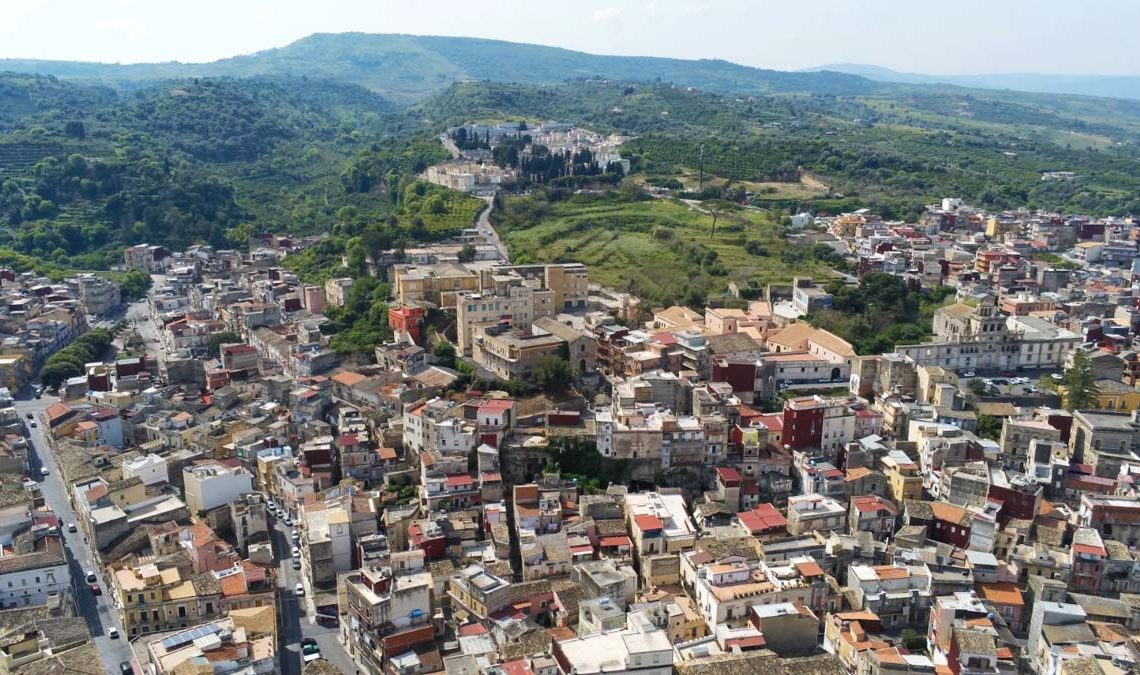 Nowadays, the theme of urban regeneration is increasingly recurrent. For the Treccani dictionary, “regenerate” means “generate again“, “renew or restore to the initial state“, and this is exactly what the team of the “Badia Lost & Found Cooperative” has produced in Lentini, a Sicilian town in the province of Syracuse. Inside the Badia district, in the city of Lentini, Palazzo Beneventano dominates, with its eighteenth-century central block, next to the Church of SS. Trinità (from there “Badia”, or abbey).

The building is one of the most important monuments of the city of Lentini. Baron Giuseppe Luigi Beneventano commissioned in 1893 the architect Carlo Sada, former designer of the Teatro Massimo Bellini in Catania, who presented, in the first instance, a project that concerned the total transformation of the existing buildings and made up of two detached blocks: the first block was the oldest part, where the “noble” area resided, the other block was already a rupestrian housing area, where there were warehouses, stables, deposits etc.

The project, which included two floors above ground, focused on the adaptation of the oldest part, on the north-east side. Subsequently, at the request of the Beneventano family, the architect carried out various variations to the main project, up to the choice that is closest to the current solution: a single floor above ground for the northern part of the building, which overlooks Via San Francesco d ‘Assisi, formerly Via Monastero. The works were begun, but never completed. 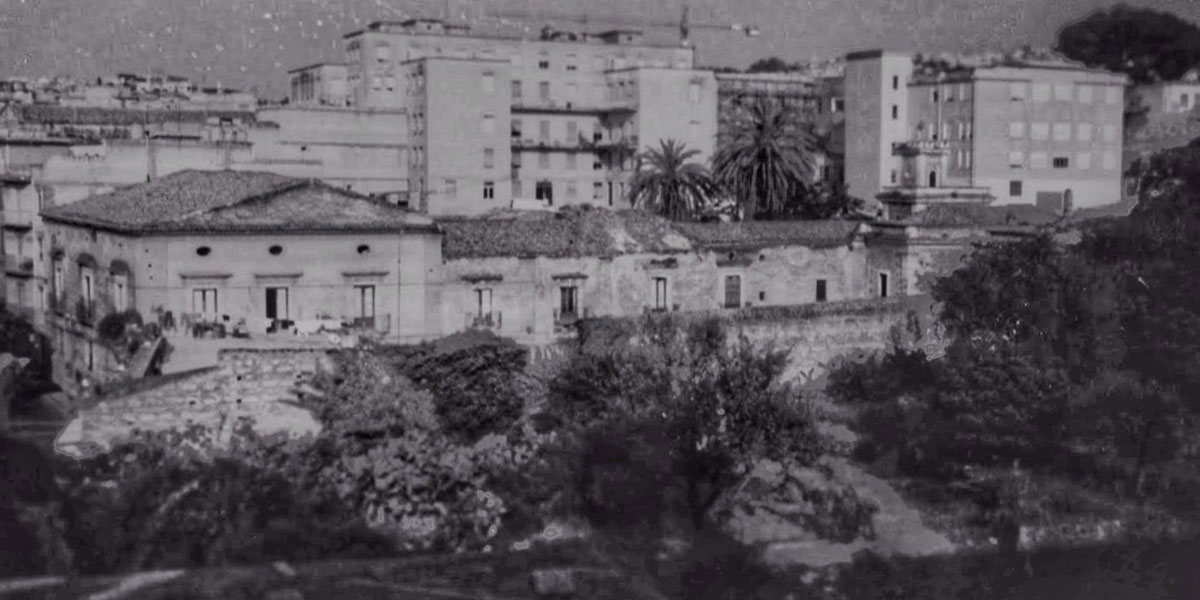 The type of building system derives from the turreted buildings and the external organization of the courtyards is strongly reminiscent of the Mediterranean style. From this entrance, you enter the Main Court and from its sides you can reach the Info Point, the Conference Room, the Study Center, the Expo Rooms, the Astronomical Observatory and other service areas. Today, the spaces of the eighteenth-century Palazzo Beneventano house the contemporary art museum, from 2020 a pole of contemporary arts recognized and registered by MIBACT – general direction of contemporary creativity.

A regenerative process has begun around the building, now a municipal property rediscovered through a long process of involvement, redevelopment and reactivation by the cooperative, which involved the internal space of the Badia district and made the Leontine territory a crossroads of contemporary arts, finding in its origins, new inputs to be reworked with new contemporary languages.

A place for decades betrayed, abandoned, which between the ’70s and’ 90s was deprived of a prestigious book heritage, paintings, furnishings and family collections, loses its centrality becoming a place of poor attendance. Left to improper uses such as kennels and irregular housing, it has been the victim of vandalism several times and last but not least, it was used, in recent years, as a deposit for the means and tools of sanitation thanks to the intervention of the cooperative, its historical-cultural dignity.

Returning the building, the ancient rooms and the court to the inhabitants and redeveloping the Badia district through socio-cultural interventions, have involved hard work, made by the creation of territorial ties of cooperation, of a future collective vision in which recovery becomes a means between the languages ​​of contemporary art in all its disciplines and the population as a whole. 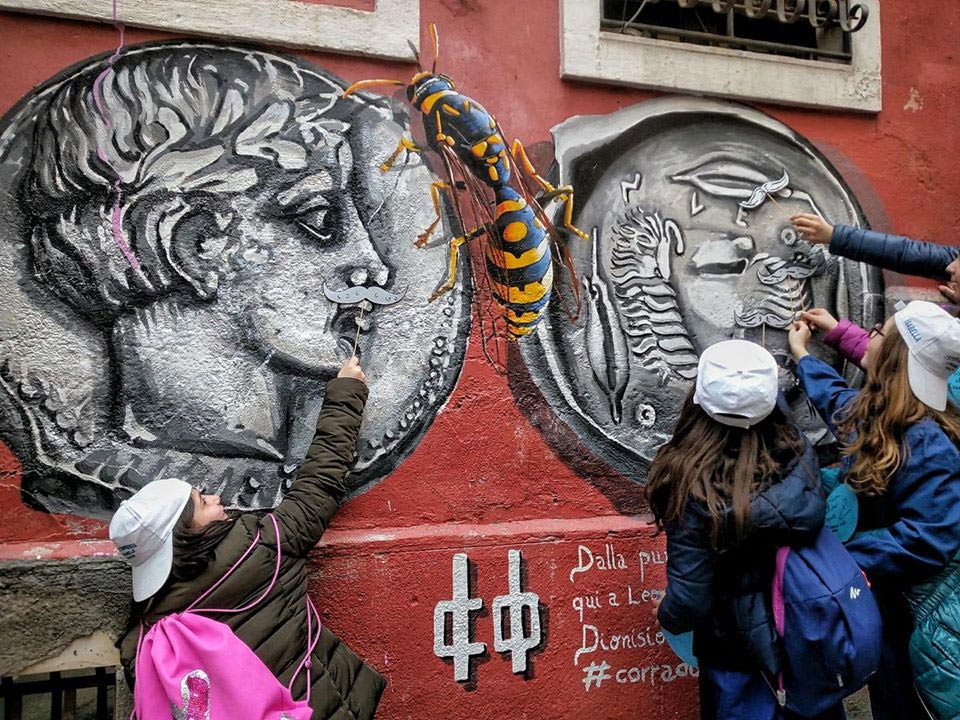 This led to the establishment of the Lentini urban art park, which contains the following works: 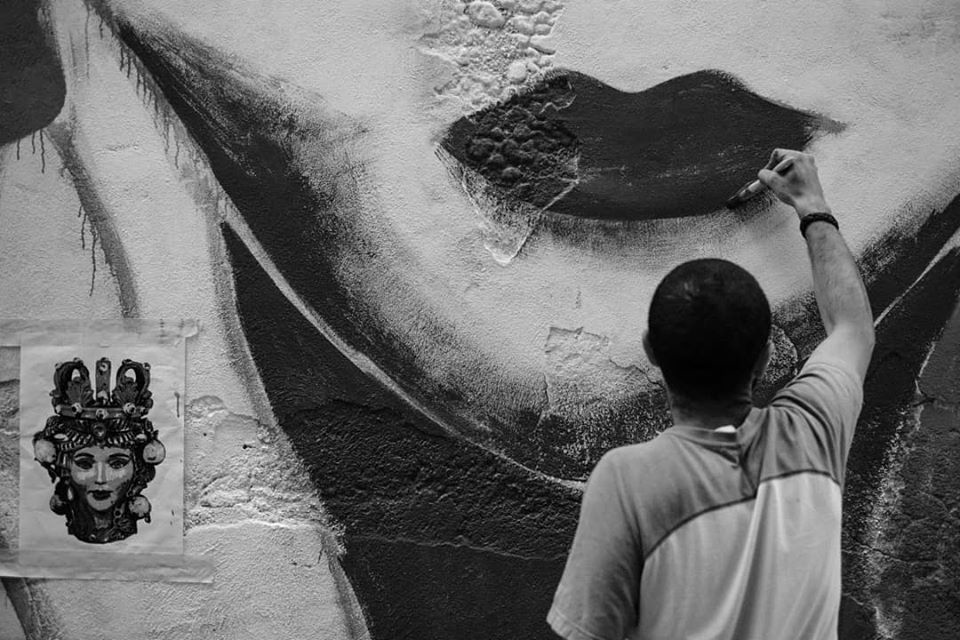 In 2017, Badia Lost & Found for contemporary arts was born with the aim of promoting art and culture in the territory of the Lentini district. Initially structured in a totally informal way, in 2020 the collective of the same project adopted a profound statutory reform that led to the establishment of the Badia Lost & Found Cooperative. 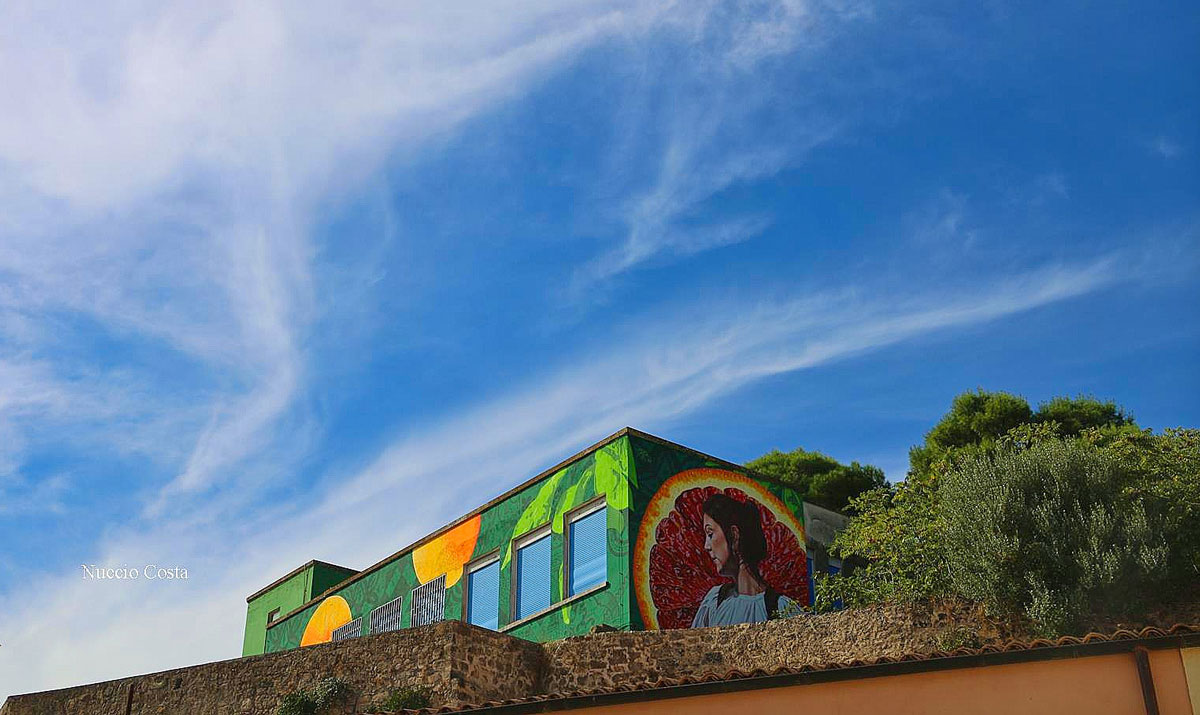 Over the years, the citizens, from the neighborhood and outside the territory of Lentini have been involved through laboratories, workshops, installations and events on site. Badia Lost & Found, in addition to looking at the well-being of the citizens and inhabitants of the neighborhood, assisting activities that improve the quality of the context in which they live, constantly works on the creation of virtuous practices of welcome and hospitality, where the traveler becomes part of the community. The growing presence of public contemporary art interventions is positively impacting the local real estate market and the tourism industry, becoming a driving force for the local economy. 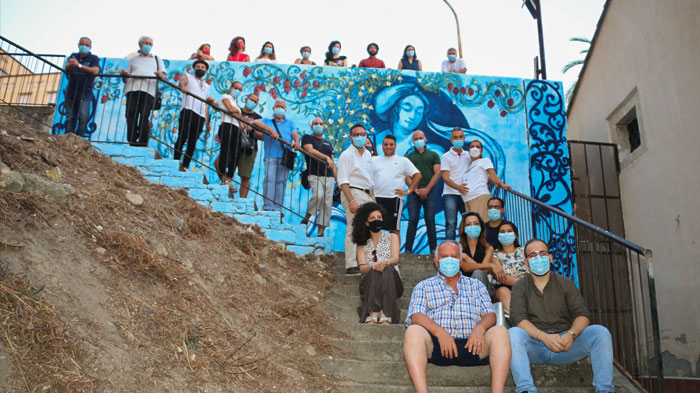 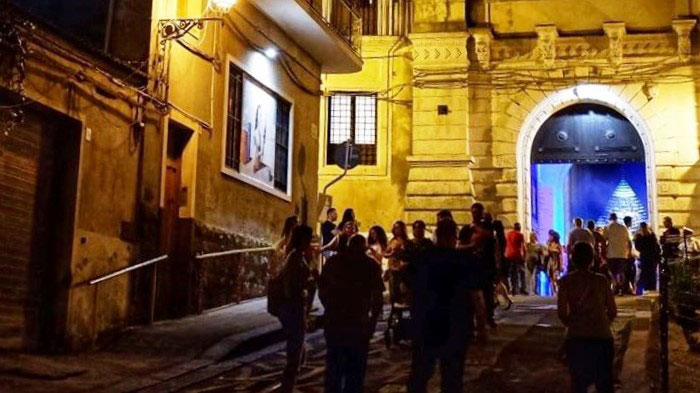 The community of Lentini, through regenerative interventions, has rediscovered its origins, together with the Badia Lost & Found cooperative, by building an opening full of opportunities for its future.