Harmony of color in architecture 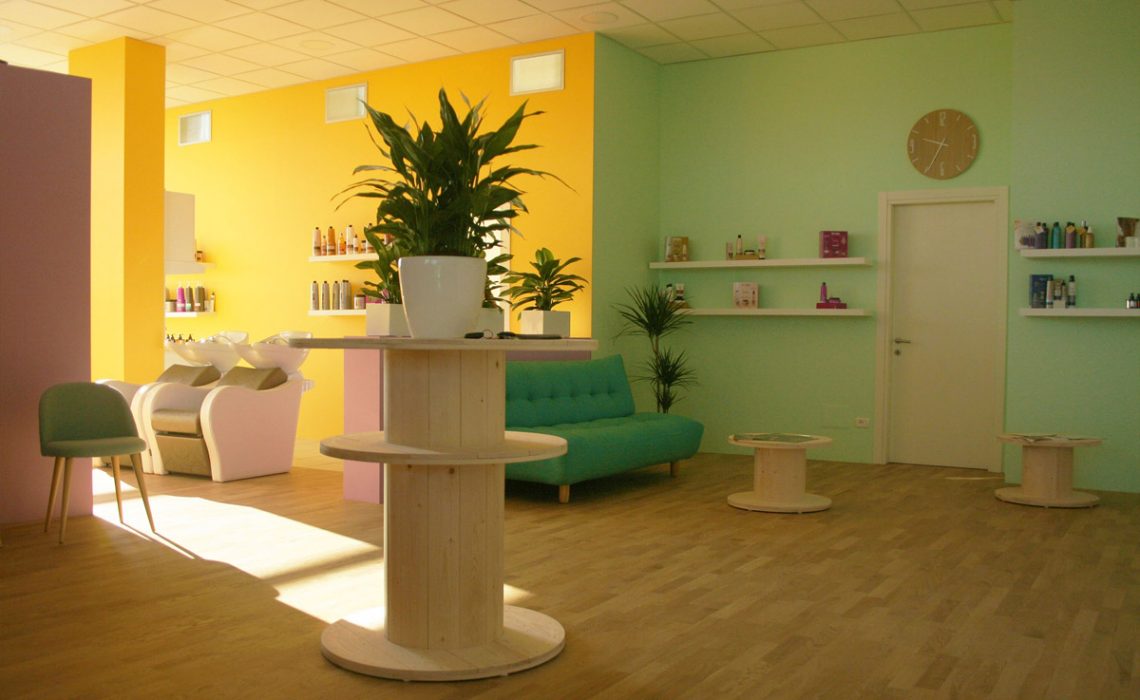 The “Feng Shui” or “environment-therapy”, is an ancient Chinese discipline that studies how to arrange the environments so that they emit positive energy around us.
The environment in which we work and live, is fundamental to our well-being and productivity.

A holistic path between Bio-architecture and Feng Shui

Feng Shui improves the quality of life, if applied correctly, making sure to put in sync all the elements of an environment and allowing the inhabitants to express themselves to the utmost: every living space, indeed, determines the feeling at ease or not, this in turn produces a particular emotional state from which it follows a behavior that can be more or less productive.

Our body is our first place

The building in which we live or work is our second home! There is a constant interaction between the two environments (internal and external) that affects all the actions and decisions of our lives.

According to recent studies of neuroscience, there is an activity of the neuronal network of the brain called “default mode network” which comes into operation only when you do not do anything, in a state close to the daydream. There is an area of ​​the brain that does not work when you think intensely or do some operational work, but it only comes into operation when you are simply quiet.

It is said that this function is used for self-awareness, for mental orientation, for memory, but in other words it is nothing but the function that allows us to radically and objectively rethink what we call “I”. So, it is scientifically established, for example, that sitting on the seashore listening to the sound of the waves, or watching the flame of the fire endlessly, creates a sort of well-being.

The choice of a color, of a form, of an object, of positioning itself in a space, can be the expression of a pathological condition of the individual or the unconscious attempt of a self-treatment; for example, some will tend to sit at a table near the front door or next to a window at the restaurant.

On the other hand, there are people who translate their deep desire for psychic-affective change by continuously modifying the layout of their home furnishings.

Color is the visual perception generated by the nervous signals that the photoreceptors of the retina send to the brain when they absorb the electromagnetic radiation of certain wavelengths and intensities in the so-called visible spectrum or light.

The three ways of hiring color:

Nourish with eyes, nose and tongue. The colors, the perfume, the taste will decide what the body will take. With a sentence: listen to the music of food.

According to the well-known Viennese painter Friedensreich Hundertwasser, known as “the doctor of architecture”:

“The straight line represents the only non-creative line. It is mortal. Our intellect has been influenced by years and years of indoctrination that leads us to suppose with conviction that the straight line is equal to progress, but in our subconscious it continually rings an emergency bell. When we are in the city exposed to straight lines, we suffer from migraines, we do not feel well without knowing why. People become violent, without an apparent why. All these straight lines are completely destroying our world and our souls. I find this architecture to be criminal. It represents the destruction of our dreams and our links with nature and beauty “. 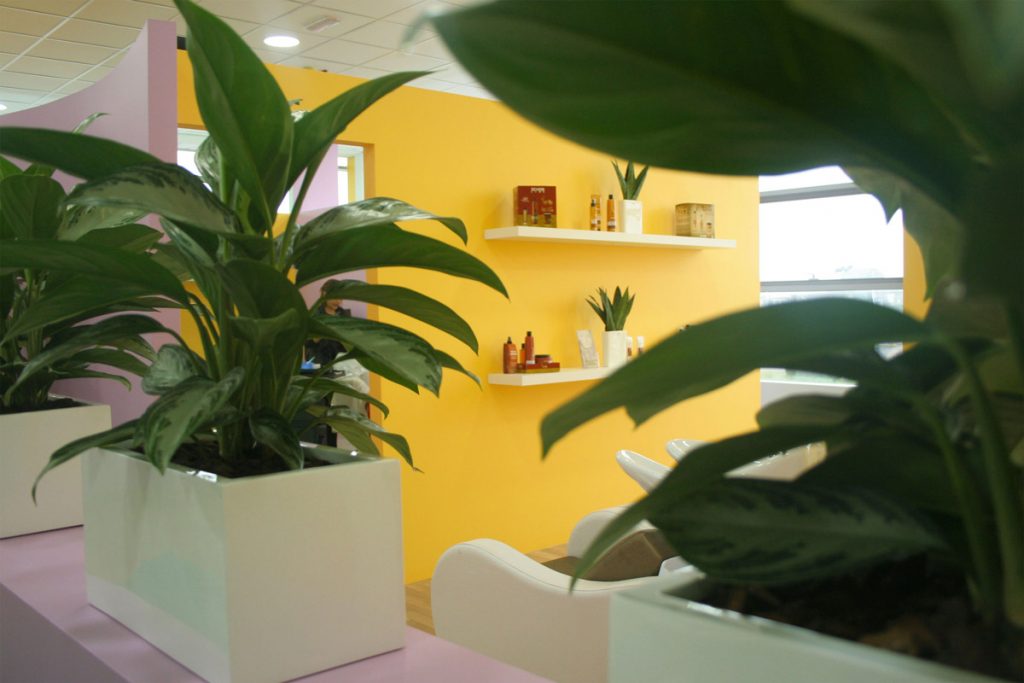 Light and colors make us live

Light and colors can “poison” or heal.

How many times in everyday life does a color appear as the background of a decision or a feeling? How many times do we eat curry yellow more than rice? Not the salad, but its green? How often does our behavior influence the color of the neighbor’s suit, the color of food, cars and so on?

According to Doc. Amber:

“The extroverts love warm colors, while introverts prefer cool colors as they do not require external stimulation”.

According to the principles of chromotherapy, colors play a fundamental role and strongly influence attitudes and behaviors, especially during growth.
If you often suffer from headaches, colors such as blue, light blue or green are especially indicated for the sleeping area: they transmit tranquility and have a calming and relaxing effect.

It’s nice to see yourself surrounded by white, from the walls to the floors of your home. Considered “non-color” par excellence, white can be introduced into any environment. But it is precisely its neutrality that, if profuse in abundance, induces a sense of melancholy and loneliness. White, while transmitting an immediate sense of order and cleanliness, can inhibit creativity; and the desire to socialize.

This is why it is not recommended for the walls of the children’s bedroom, where colors like blue or purple are more suitable, which have a relaxing and conciliatory effect.

The effect of colors on the psyche and on the organism has long been studied, in general the yang colors (lit like red, yellow and orange) are both psychically and physically active, while the yin colors (such as blue), light blue, green with pastel shades) are relaxing and inhibiting.

Gold, blue and white are the colors of the radiations of the divine Trinity in creation, so they are the most spiritual colors.

Red, inevitably associating itself with the color of blood, recalls danger, sexual pleasure; it is hyper-stimulating and exciting; it must be used in small quantities, it serves to overcome the slaughter and sadness; causes heat, increases muscle tension, blood pressure and respiration rate; in particular nuances it increases salivation.

It is excellent against colds, it should not be used in case of inflammation.

According to Amber, a person who tries to lose weight must choose foods rich in red rays of the spectrum; this means that the food must naturally have red, yellow and orange rays (watermelon, melon, mango, cabbage, cherries, apricots, carrots, pumpkins, strawberries, peaches, persimmons, oranges …); or drink red solarized water, contained in a red glass left in the sun for at least an hour. In Tibet they wrap themselves with red cloths and put themselves in the sun to fight colds.

Pink is delicate, feminine; often rose is associated with flowers, whose main representative gives the name. There is not a bad word that means “rose”: pink evokes the best mood conditions, those of those who see life in pink; pink literature is the classic container of sweetness and good feelings.

Orange is hot, soothing, it also stimulates appetite; gives self-confidence and optimism, helps people with fear; it is optimal for the gym and the garage in all its history, it has done from shoulder to red and sometimes to gold; stimulates and increases the number of the pulsations without elevating the blood pressure; it has practically no negative attribute. Fight the anguish. 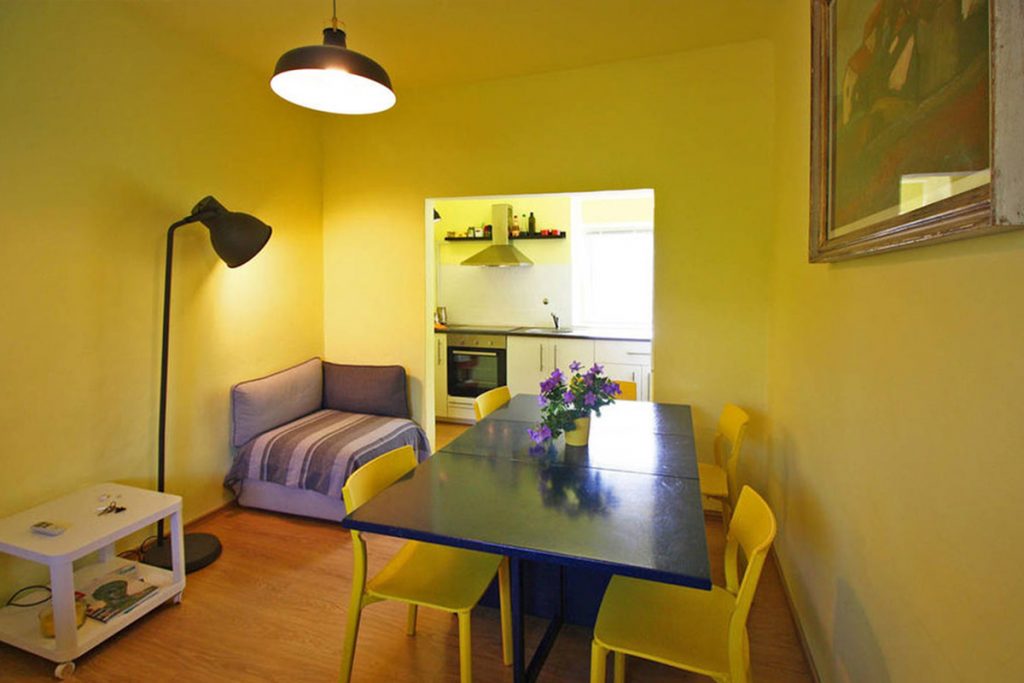 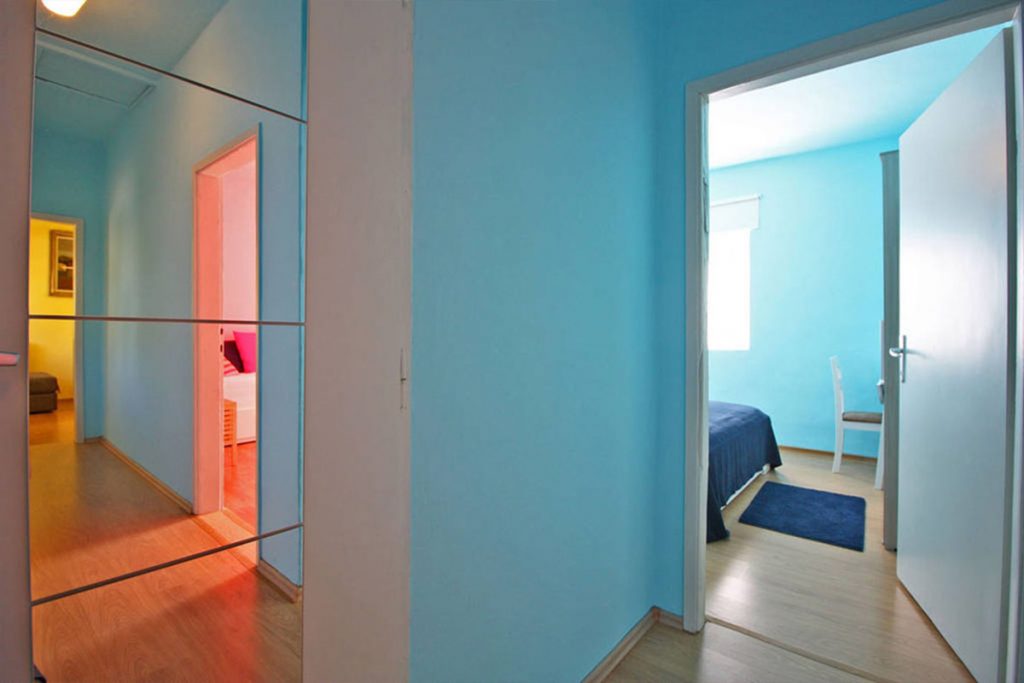 Yellow is the link: the sun, gives life, and gold, a tangible sign of triumph. It is the only shade that is brighter when it is completely saturated, while the other colors darken. It helps in the digestive process, as it stimulates the gastric juices. It is a brain stimulant, activates the thymus and controls growth.

Green is an ambivalent shade, it is the color of decadence and putrefaction: it has a beneficial and calming effect on the eyes.

At home it could be used for sleeping areas, more application in the sleeping area of ​​the boys; useful for fever when the temperature is at normal levels; helps in cramps and contractions.

For allergy because the turquoise is composed of blue and green; against burns regenerates the skin.

The “indigo” pigment can be obtained by mixing 55% cyan pigment and 45% magenta pigment (red + violet).

It is a natural analgesic, very useful against pain; it is a blood purifier; it is a muscular tonic; it is hemostatic (reduces or stops the bleeding flows).
Recommended in the ceiling of the dental practice, in hospitals and nursing rooms in general.

Blue is sweetness, quiet, tranquility, helps to find our center; it is soothing, self-centered, passive, sensitive, understandable, sociable. The affective aspects are: tranquility, tenderness, love-sympathy, the immense expanses of the sky and the sea; height and depth have given the color a character of nobility. It is the most serene of colors, fresh, calm and tidy.

It can be used in case of fever, has a refreshing effect, wearing it protects against the negative thoughts of others. In the chromo-diet it represents food for the soul (plums, grapes, red cabbage, currants and blueberries);

Blue is obtained from the Guado (Isatis tinctoria), a plant belonging to the cabbage family, in ancient times the use of lapis lazuli as natural dye was used in the paintings. Piero della Francesca himself used the blue of Guado, which is very close to the shade of indigo.

Blue-jeans means Genoa’s blue was obtained with the Guado. It is in Genoa that around 1500 the story of the fabric that accompanied the evolution of jeans was born.
In fact with the name “blue de Genes” (from here: blue jeans) it was indicated a particular type of blue tarpaulin used on ships for sails and to cover the goods.

Violet in particular fosters inspiration, spirituality and helps in meditation; activates the spleen, stimulates the nerves; it slows down the cardiac activity, favors the blood flow to the upper part of the brain; It is excellent for sedating violent states of sudden madness, but also for regulating the excesses of anger. It is austere, gloomy, melancholic. At home it could be used in small quantities to underline or extinguish another color. Helps against trauma. 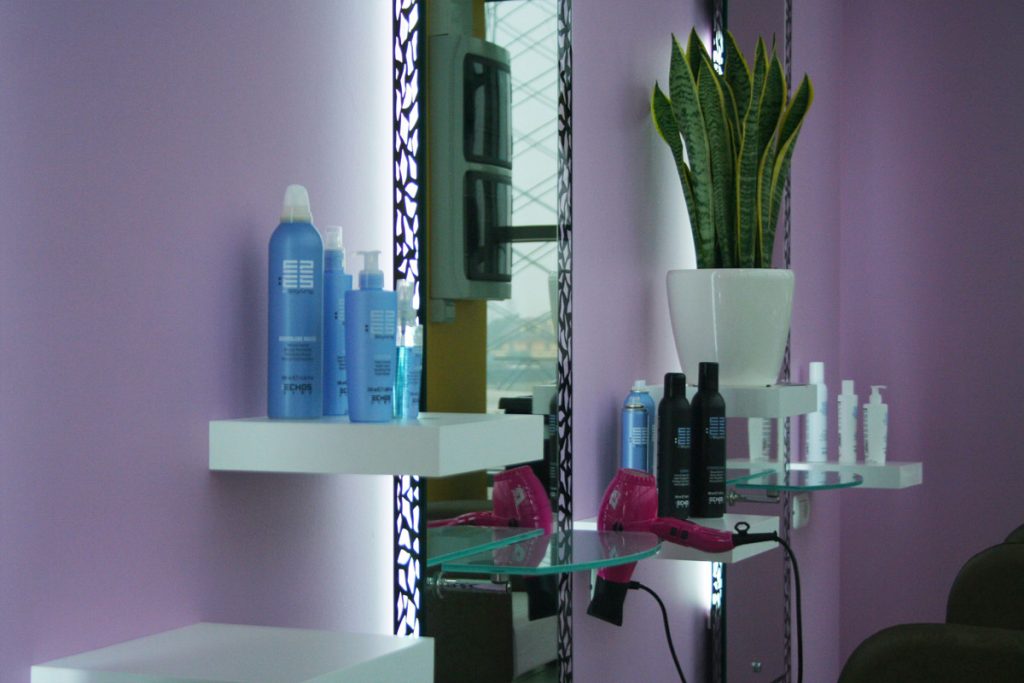 Red and blue, which purple and violet are composed from, are diametrically opposed from the physical point of view, from the emotional and from the symbolic one. It makes us appear seductive and mysterious.

White is neat, clean, but also monotonous and cold, dazzling; fatigue the eye is depressing. It is considered the positive color par excellence. The white magic is aimed at the good of the white weapon is, of course, less lethal than the others. It helps us to start a new period of our life by wearing it. At home and everywhere is the most used color. It seems to be responsible for the vast majority of ocular anomalies. It is the color of mourning in China.

according to Le Corbusier.

Grey is neutral, monotonous, dull; it is the color of concrete, cement, machinery, furnishings, weapons, ships, airplanes and war means; it goes unnoticed. It is present in business, it makes think about intelligence.

Black is introverted, depressing; symbolizes rejection, denial, mourning; the perception of black seems based on the contrast with surrounding stimuli; total black is very rare; black suggests solidity and mass; suggests space, which is infinite. It also represents strength, power, tenacity and unassailable.

Gold, blue and white have beneficial effects on the nervous system.
These three colors help to burn all unnecessary thoughts and desires, wrong ideas, resentments and contrasts in human relationships “.

We feed ourselves on atmospheres created in environments, love, thoughts and feelings.

With all this we heal or weaken!