The birth of ARKT: a new space for architecture 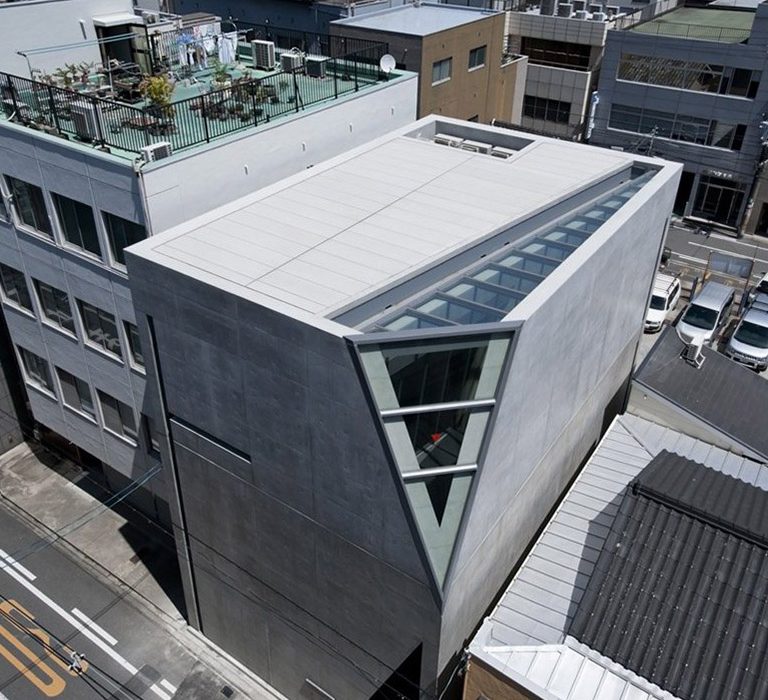 Do you know that famous saying “if you’re not online, you don’t exist”?

With almost half of the population connected to the internet, the world today is decidedly digital.

And it is precisely the need to invest in web communication, the reason why we at Eterno Ivica decided to bring a breath of fresh air to the IFA-Innovation For Architecture project, the magazine we have been editing for years. This is why, together with the web agency Megiston of Padua, we thought of a new concept, designed a new logo, ventured into the creation of a website and a new layout for the IFA magazine.

The old IFA – Innovation For Architecture

IFA is a name that for years has worked offline, in paper products (it was in fact a name designed specifically for a magazine), but as soon as we tested it in the world of the web, we realized that it would not be very successful.

In fact, by doing various research we found that IFA is one of the oldest technology fairs in Germany, it is also an important company for the study of tax problems, it is the French institute of architecture in Paris, it is the initials of the federations of Indian, Israeli and Irish football.

In short, it was a decidedly inflated acronym. 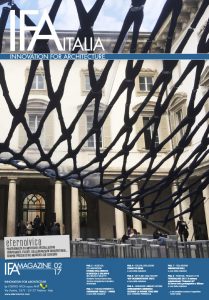 The magazine, and in the same way the website that was created, is intended as a “space in which to speak about architecture, in all its forms and facets”. But not only that, there is obviously space for design too!

It is interesting to note is that in the word ARKT (Architecture) you can also read ART, intended precisely as art, in reference to the attempt to convert the technical footprint to a more design (and indeed) and more artistic sector, which can embrace over time the interest of many people, especially by taking advantage of the web.

The graphic choice fell immediately on a logo that could be deconstructed, combined and used according to different communication needs.

Simple and versatile, strong but not excessive, with the combination of fonts like Anton and Helvetica Neue, ARKT – Space to architecture finally began to take shape.

Ando’s modern style as a source of inspiration

For the pictogram we were inspired by Tadao Ando, ​​a Japanese archistar with a minimalist spirit, one of the best known on the international scene, whose aim is the simplification of forms. 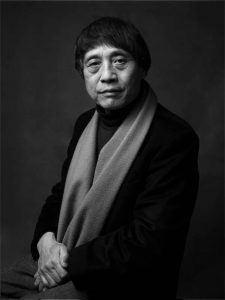 In particular, it is thanks to the Kamigata Rakugo (or hall of the Osaka storyteller associations), completed by Ando in April 2012, that we got inspiration on how to proceed graphically to the realization of a final product.

The building contains rehearsal rooms and a gallery dedicated to the ancient tradition of storytelling in addition to the space for targeted events.

The pure concrete geometric structure presents simple triangular cuts in the orthogonal shell, creating an entrance and skylights that illuminate the interior space in a natural way. 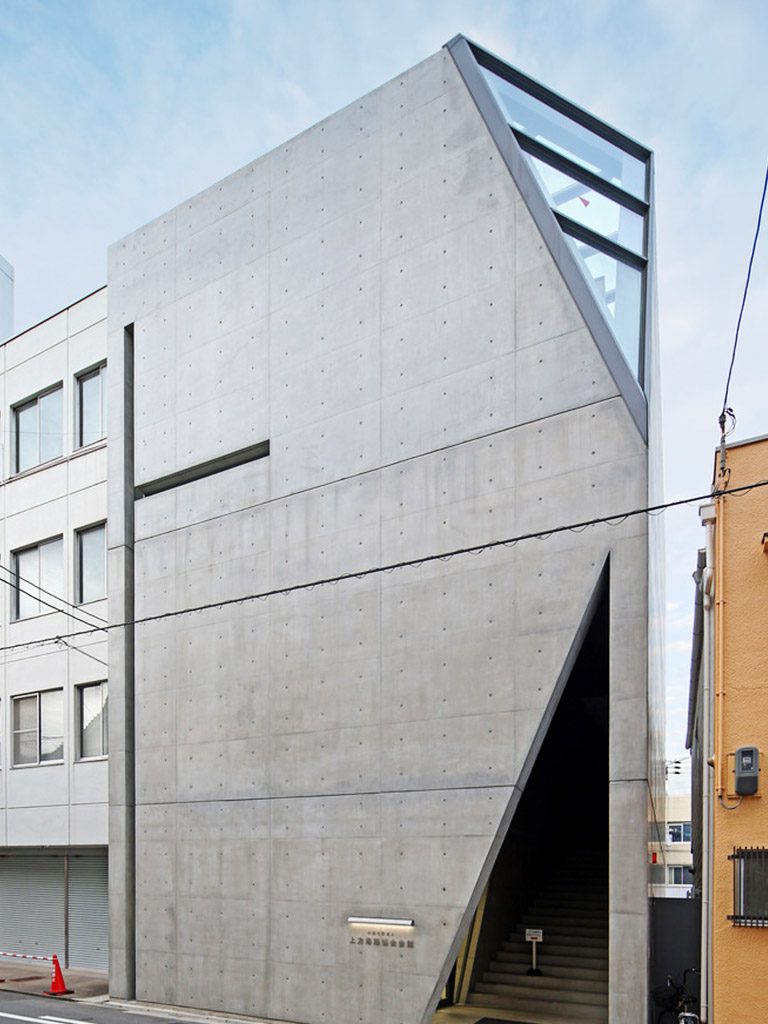 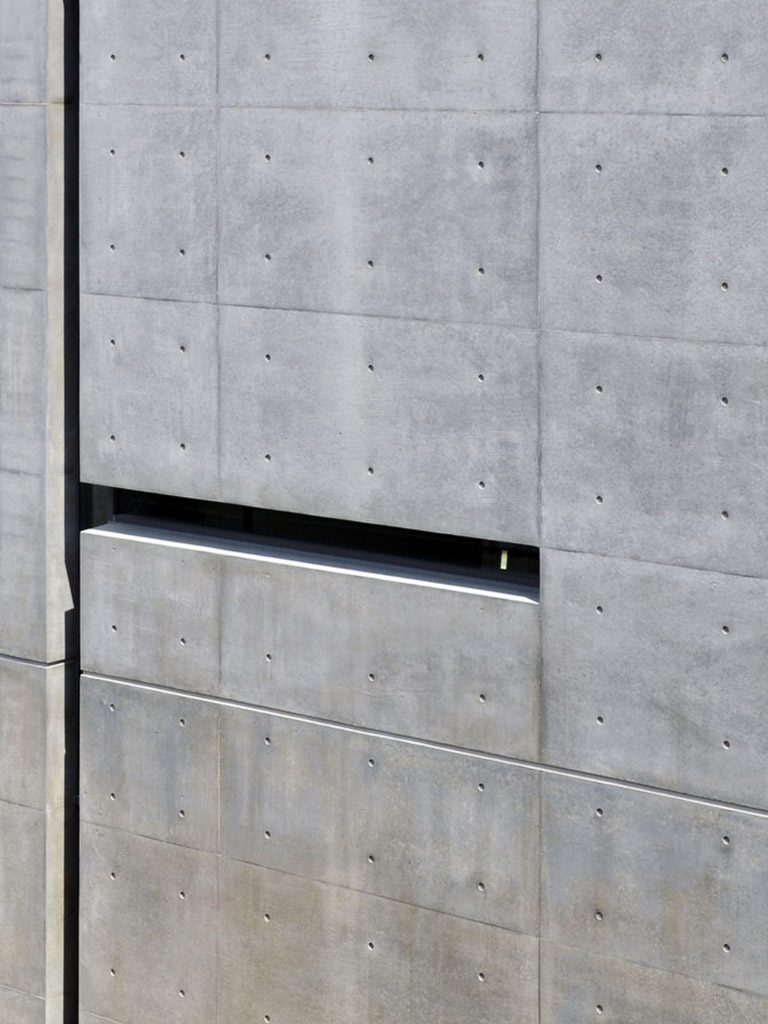 Architectural detail that characterizes the building designed by Tadao Ando

We started from a sketch of the Rakugo Kamigata and then tried to modify and simplify the shapes to adapt them to the concept of “space to architecture”, so the result obtained was more than satisfactory.

I always adopt the most essential and daily point of view, trying to elevate the daily spaces to the level of symbolic spaces.

The words of Tadao Ando perfectly describe the logo: a polygonal space delimited on the 5 sides by a bold, black line, later divided into three parts, thus obtaining a reference to the three categories with which the articles are from now on categorized:

But, is architecture the space or is it what fills the space?

This is the question that has dominated the whole design phase. Personally I think it is space, but in a certain sense also what fills it. We use space as the boundary of what limits an area in which we wish to create an experience. If this is then filled, we create forms that define it, and everything takes shape, expressing a message, becoming communication.