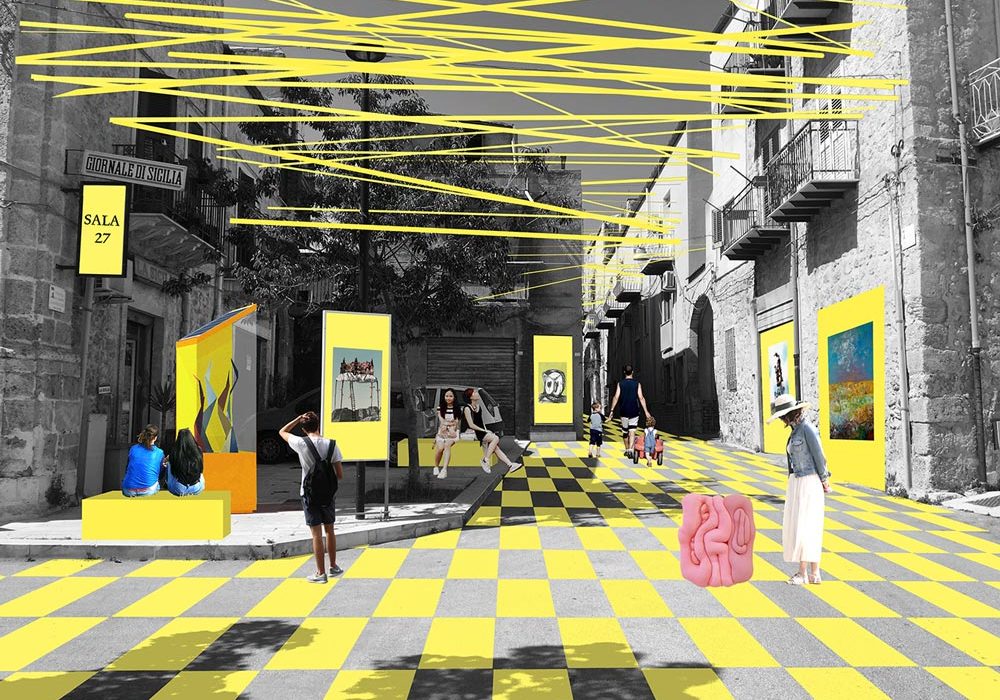 With the “Shared Museum” (Museo Condiviso) we no longer have an articulation of an architectural piece, but a dialogic gaseous device capable of generating continuous relationships. An open spatial system, which directly uses the urban structure, transforming it into the container and the distribution and architectural system of a museum. In this way, everything that falls within the project is absorbed and transformed, generating a real metamorphosis of space, which from an external space becomes the interior of the architecture of the “Shared Museum”. 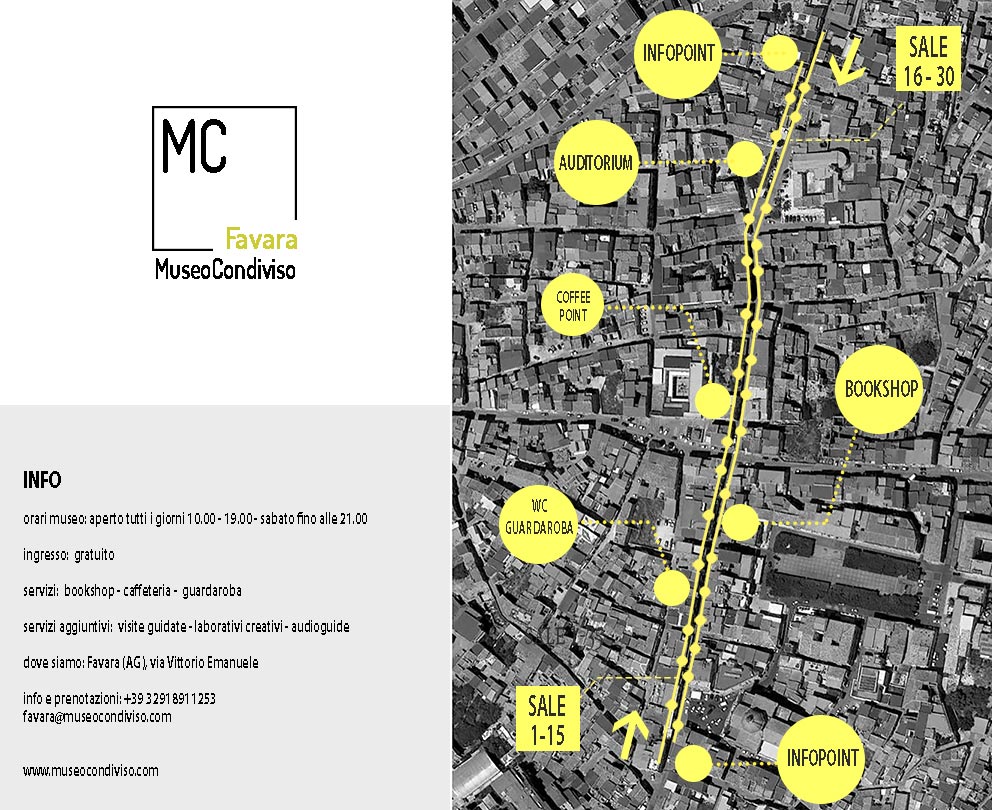 Thus the streets, with its urban and architectural elements, will become the spaces of the museum, the walls of the buildings, as well as the billboards, will be transformed into the supports on which to insert the works. If necessary, it will also be possible to insert display elements that will be studied and analyzed from time to time according to the exhibitions.

The shop windows will become the museum display cases, the benches the seats from which to comfortably observe the exhibited works. The facades will become the interior settings of the museum on which to project various video installations. The windows will turn into analog screens through which observing the “domestic performances” of the inhabitants’ lives, while the balconies will become “micro stages” for public performances. The internal spaces of the shops, regardless of the type of activity, will instead be the “rooms” of the Shared Museum, where you will have the opportunity to exhibit the works of the temporary exhibitions. In particular, some activities will act as a support to the museum, such as cafeterias, bookstores, restaurants, hotels and B&Bs which will be transformed respectively into the museum’s bars, its bookshops, refreshment points, artist residences. Everything will be recognizable through an “ad hoc” designed infographic, highly representative of the MUSEUM, which the director will always have the opportunity to change and transform as he wishes. 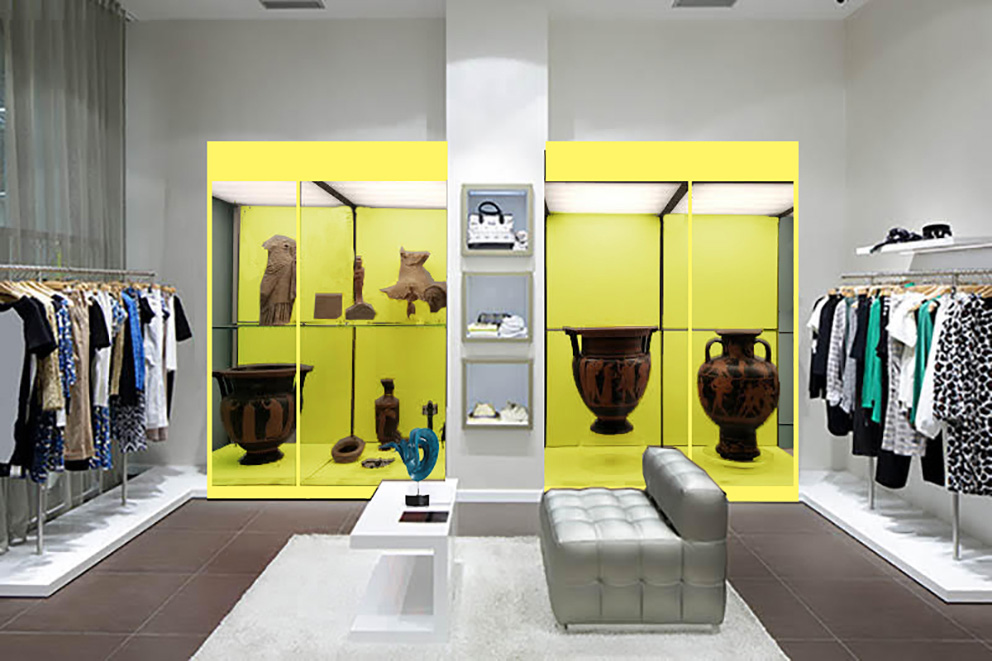 To delimit the vertical space, and to allow a better view of the works, suspended structures of light material that will be easy to assemble will be installed which will have the function of sheltering from the sun and transforming into the roof of our architecture. The use of colour is also important. In fact, all the various elements will have a common chromatic appeal, thus creating a trait d’union of space, a spatial binder for the entire area of ​​the architectural project that can also involve the flooring. 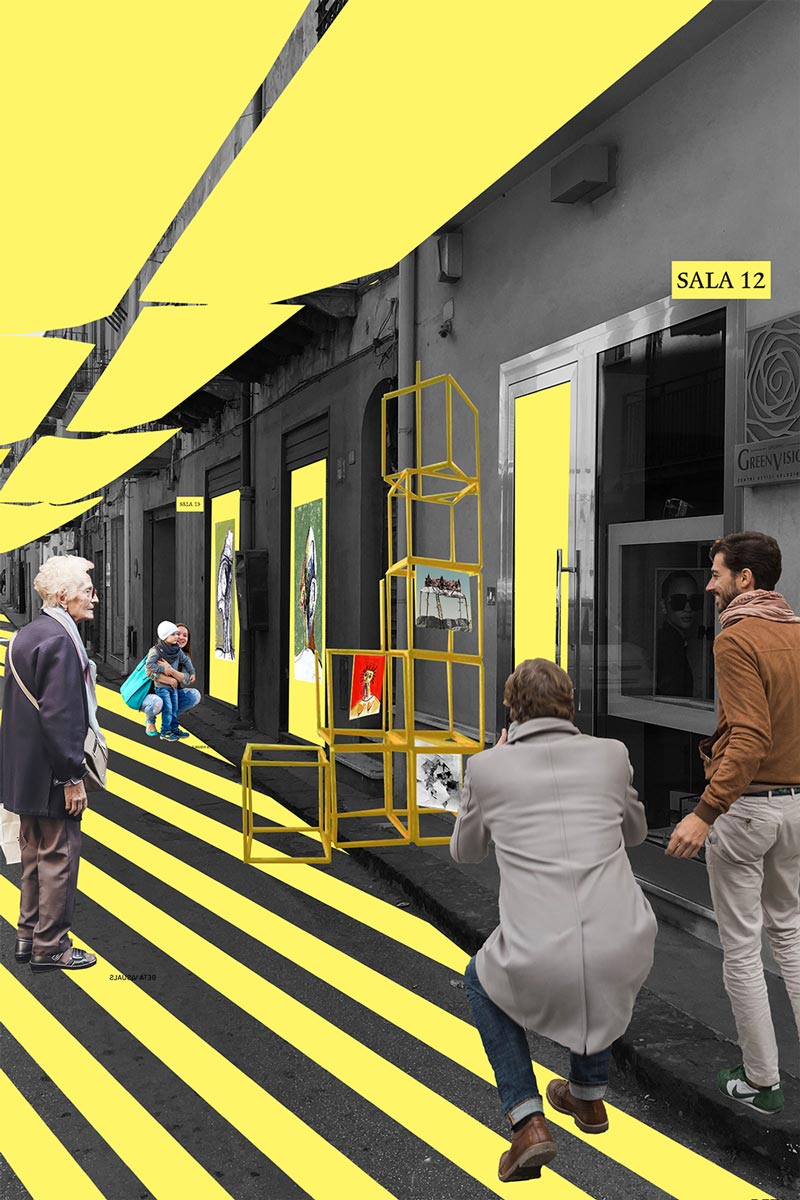 Through this intervention, composed of urban and social matter, we can read the anthropological and linguistic values ​​of the urban space and the community that resides there. I therefore consider fundamental a planing both architectural and anthropological and semiotic, thanks to the precious collaboration of the anthropologist Massimo Canevacci and the semiologist Tiziana Migliore. With this architectural operation, the museum building dissolves, leaving the true protagonists of a museum in the foreground: the works. Also for this specific case we must distinguish two collections: the permanent and the temporary collection.

The permanent collection of this museum is the city itself with its architecture, its inhabitants, its shops, its objects. For this reason, commercial activities become an integral part of the museum itself which will continue the activities by communicating directly with the temporary exhibitions that will be alternated inside the museum. In this case, the objects of the shops will acquire the value of a document linked to a contemporary historical context, where archeology loses its historical dimension and lands in the immanent, giving life to a “contemporary” archeology. 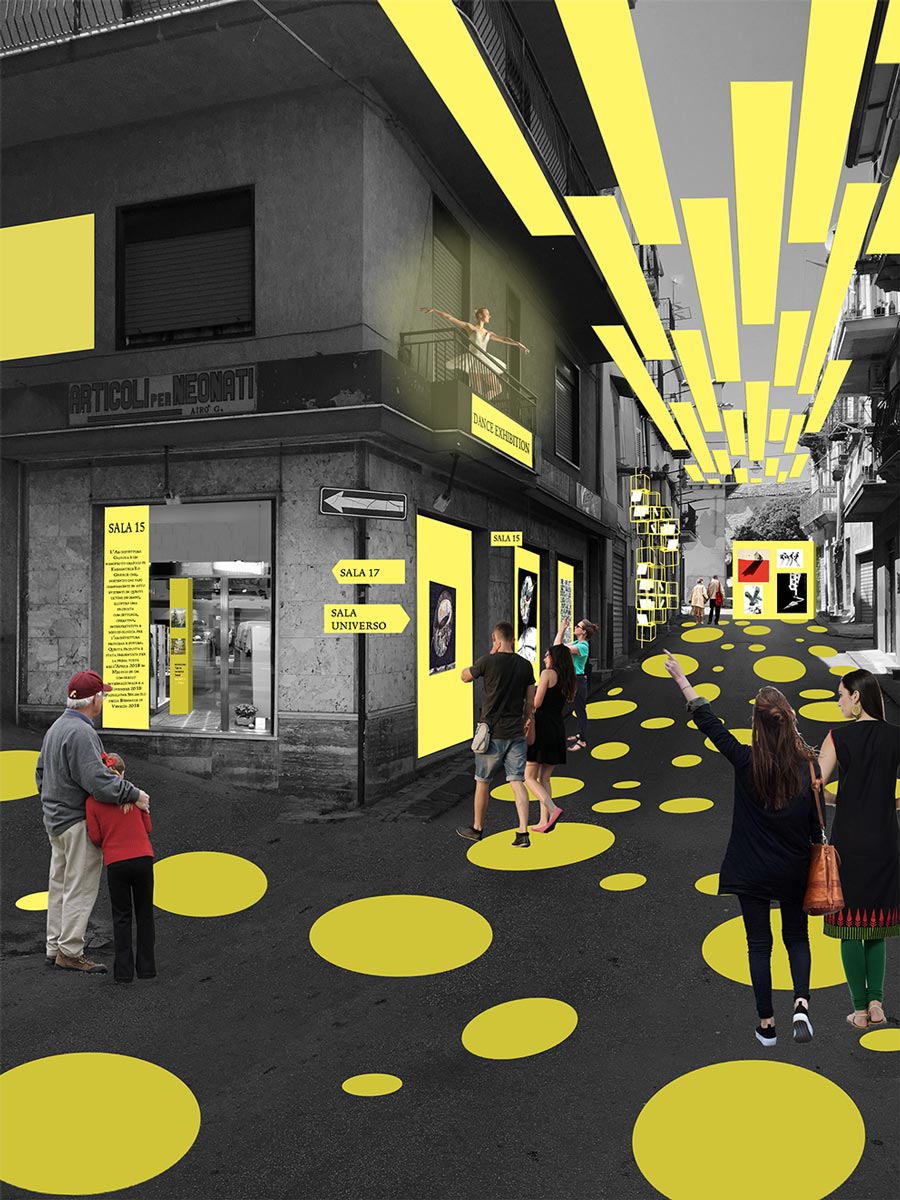 The temporary collection will instead have the role of dialoguing and creating continuous connections with the transformed space. For example, the creation of works created specifically for this new type of museum, or artistic machines designed to create interpersonal relationships or even child-friendly works, can be envisaged, favoring the dialogical dimension between adults and children. The possibilities are manifold. The figure of its director and curator therefore becomes fundamental and indispensable and in this case will be linked to Giorgio de Finis, former director of “Macro”, the Museum of Contemporary Art in Rome, and currently director of “MAAM” and of the future “Museum of the peripheries of Tor Bella Monaca”, both in Rome. 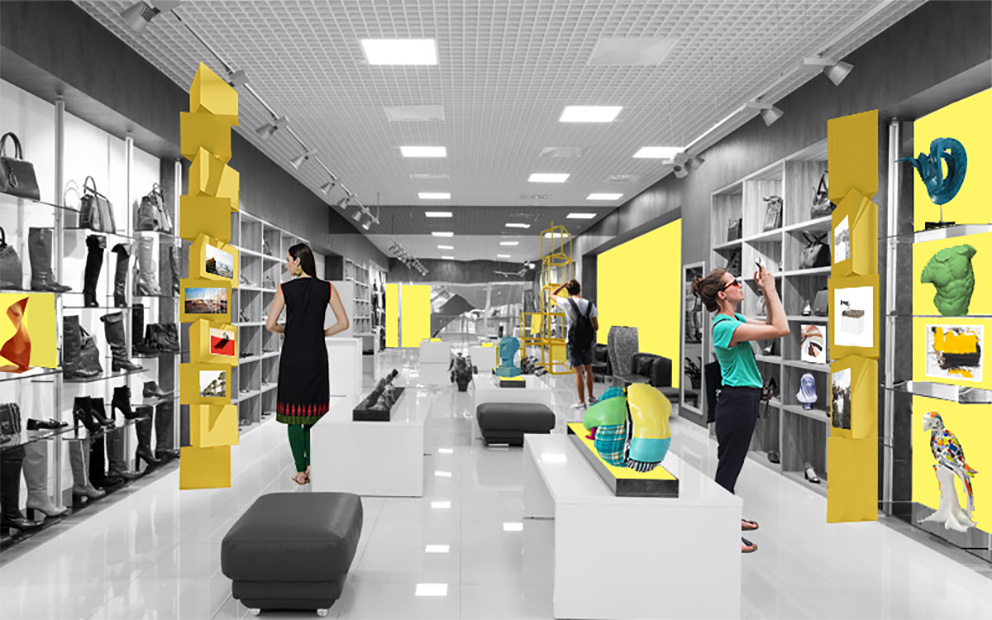 The Shared Museum is nothing more than a dialogical reconversion that sees every single urban space with its interstices of light and shadow, reabsorbed within this operation of transformation of a “new” exhibition place for the city. A semantic revolution, which sees beauty as the engine, for a civil economic and social redemption of an entire community. This “new” place has the advantage of being a real communication tool of our time, transforming itself into a representative space of our daily reality. A gas museum that enters every interstice of urban space.