The Sicilians. The island on the table 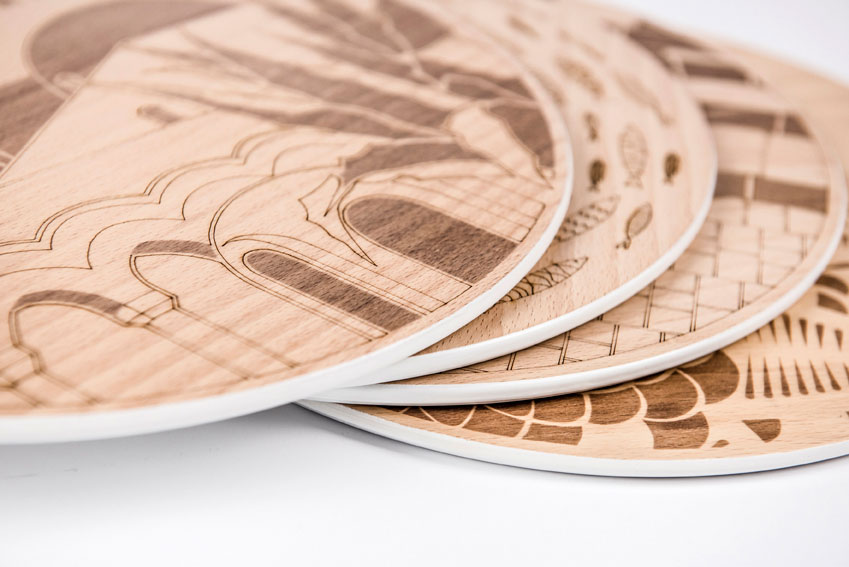 There are a hundred and more Sicilies, as Bufalino stated, to represent, as kaleidoscopic fragments, different, often contrasting, aspects of the island: images, landscapes, flavors, smells, stories, characters (real and mythological) pile up in the memory of its inhabitants, as well as its visitors.

These overlaps, of course, cannot fail to resurface in the work of the designers who, from time to time, exhume anthropological “offal” from the cauldron to sublimate them into new recipes, everything is a fine ingredient, nothing is waste. 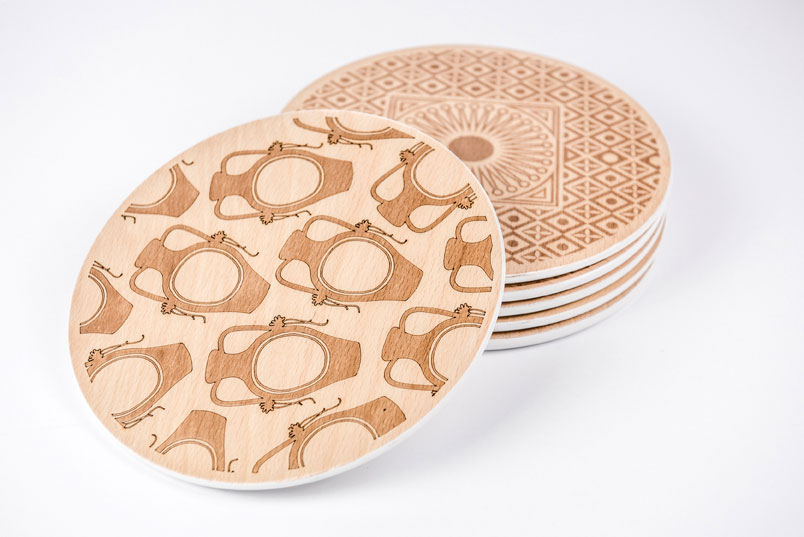 With this approach, seven Sicilian artists, designers and architects were asked to pay homage to their land in a series of decorative table mats contained in “The Sicilians” collection curated by Gabriele D’Angelo for Trame Siciliane, a brand dedicated to accessories for kitchen and table of Falegnameria Ferrantelli, historical brand from Alcamo, wood craftsmen for three generations.

Gabriele D’Angelo himself, within the collection, signs the Grand Tour line inspired by the illustrations of the posters dedicated to Sicily published in the 1920s by the National Agency for Tourist Industries, returning the romantic and exotic image of a land warm and attractive, today real cult objects for collectors. 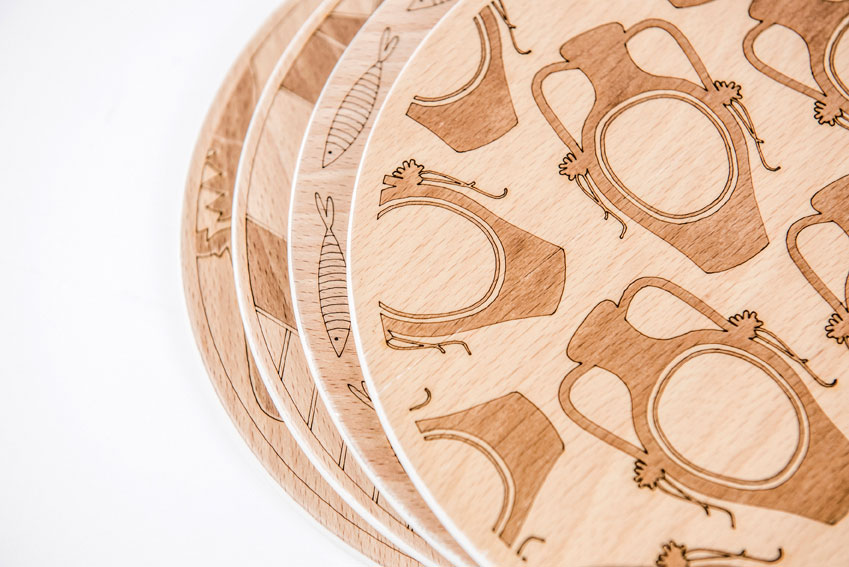 In the same way, but with a different approach, the duo Occhino and Alioto (Officina77) with Borghi Sospesi also resort to urban landscapes, staging a sort of synthetic anamorphosis of the emblematic characters of the “villages of memory“: towers, castles, bell towers, palaces, homes and shops make up the scenario-refuge in which to find oneself and one’s origins.

As in a sort of “blow-up”, two designers concentrate, with a high scale, on some specific architectural elements of their cities of origin. Salvatore Spataro is inspired by the Basole from which the pavements of Noto are characterized, as well as of other Sicilian cities, working on the chromatic contrasts of the combinations of the black lava stone with the white local limestone; a real third urban wall in many scenarios, both coastal and inland. 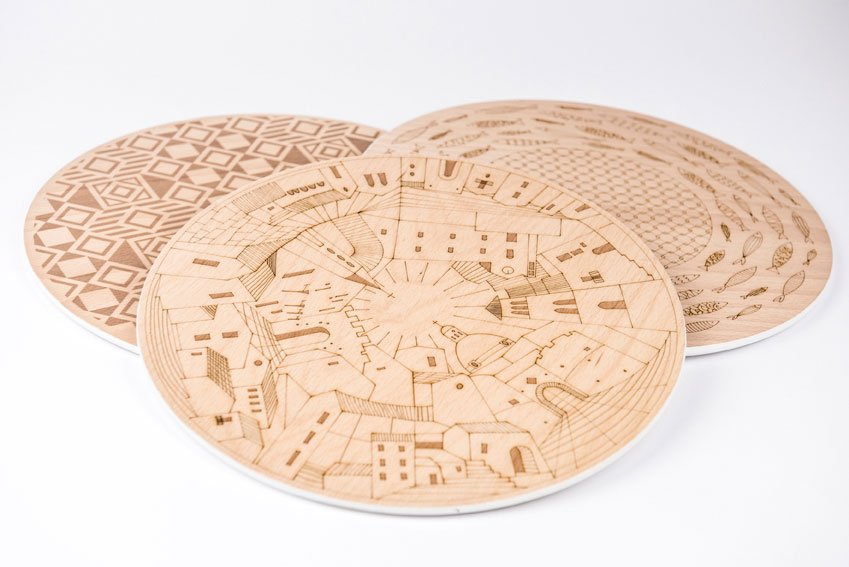 Luca Maci, with his Sofia and Tecla, is inspired by the two-colored decorations of the churchyards of the cathedral in the cities of Lentini and Sortino: in the textures of these lithic carpets, apotropaic symbols linked to water, its fertility cycle and the cult of the goddess mother originating from the ancient textile iconographic tradition of agro-pastoral artefacts.

Other aspects of the same feminine tradition are imprinted in Maria by Alessandra Grasso, inspired by hand-embroidered doilies, in a rich and skilful alternation of solids and voids obtained by hand, knot after knot.

Another object of popular folklore, the Bummulus, is recalled by the work of Stella Orlandino who portrays, beyond all decorative frills, its essential silhouette. 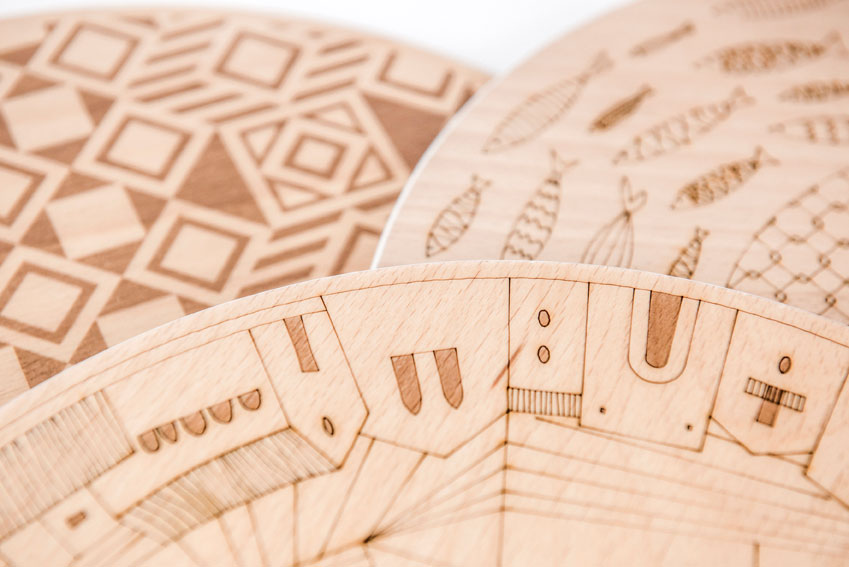 Finally, the long tradition of fishing breaks through, between nets and fish, in I Masculini da Magghia by Elisabetta Laviano, thus paying homage to her city, Catania, recalling the ancestral relationship of the city with its sea, from which she has always drawn pleasure and sustenance.

A thousand different experiences, many points of view, for a single story.