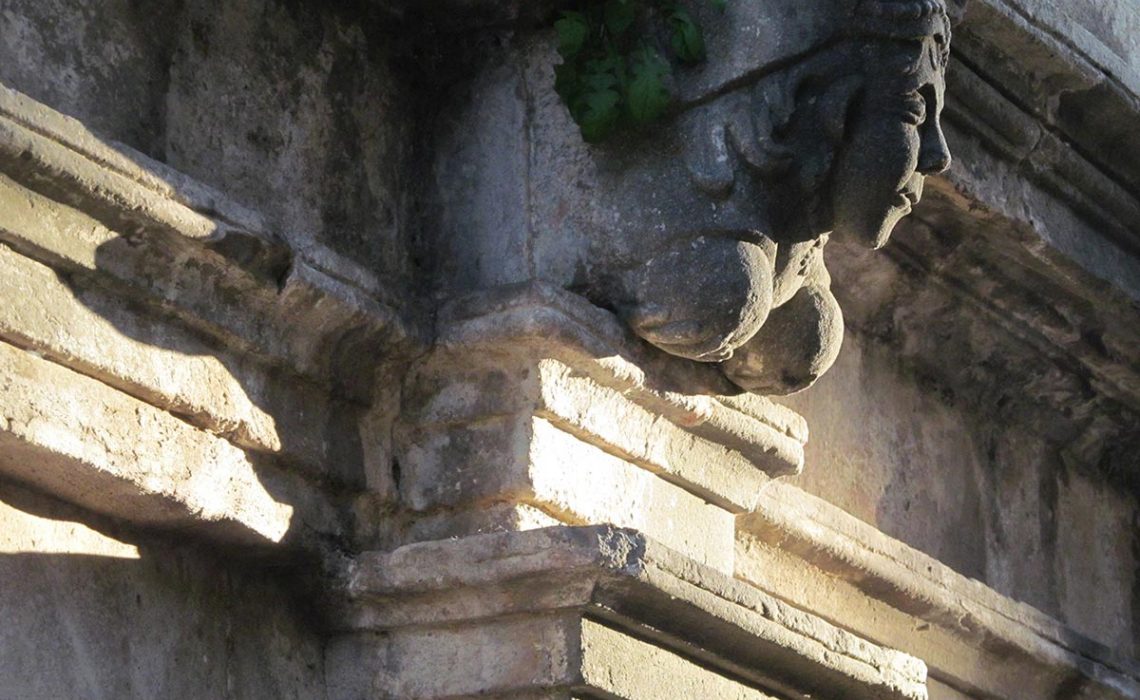 There are real places and places of the mind, both of which can be experienced through a sharing of ‘common’ spaces and places. The beauty of some of our villages, recently returned to the limelight for their natural livability, for the large spaces, rekindles the theme of their rebirth. Will we be able to manage and enhance them and make them ‘modern’ not in the slightest features but in a context of human integration?

The villages, emptied of most of the new generations in post-school age for study and work reasons, retain their original beauty and continue to host wisdom and history in the hands and minds of the older, adult population and younger who ‘resists’ with a heroic and romantic spirit. These considerations, suggested by my place of origin, San Marco Argentano, move in the direction of an urban future that must place man at the center, as evidence of the natural ‘ideal hospitality‘ of the spaces. Walking through the streets of the small Calabrian village we realize that many private individuals have invested – and continue to do so – in the renovation and enhancement of homes and businesses, even with original ideas.

People can return to repopulate a place that has the conditions of liveability and sustainability if you add to these the ability to welcome, even with investments that combine modernity with the past. I have only one certainty: the people who live in my country of origin have the gift of sincere welcome and the natural ability to care with generosity. The curious traveler will be able to try it for him/herself. The historic centers, dormant for now, can come back to life … and not just in fantasy! It will be enough to find the end of a thread with long stories. 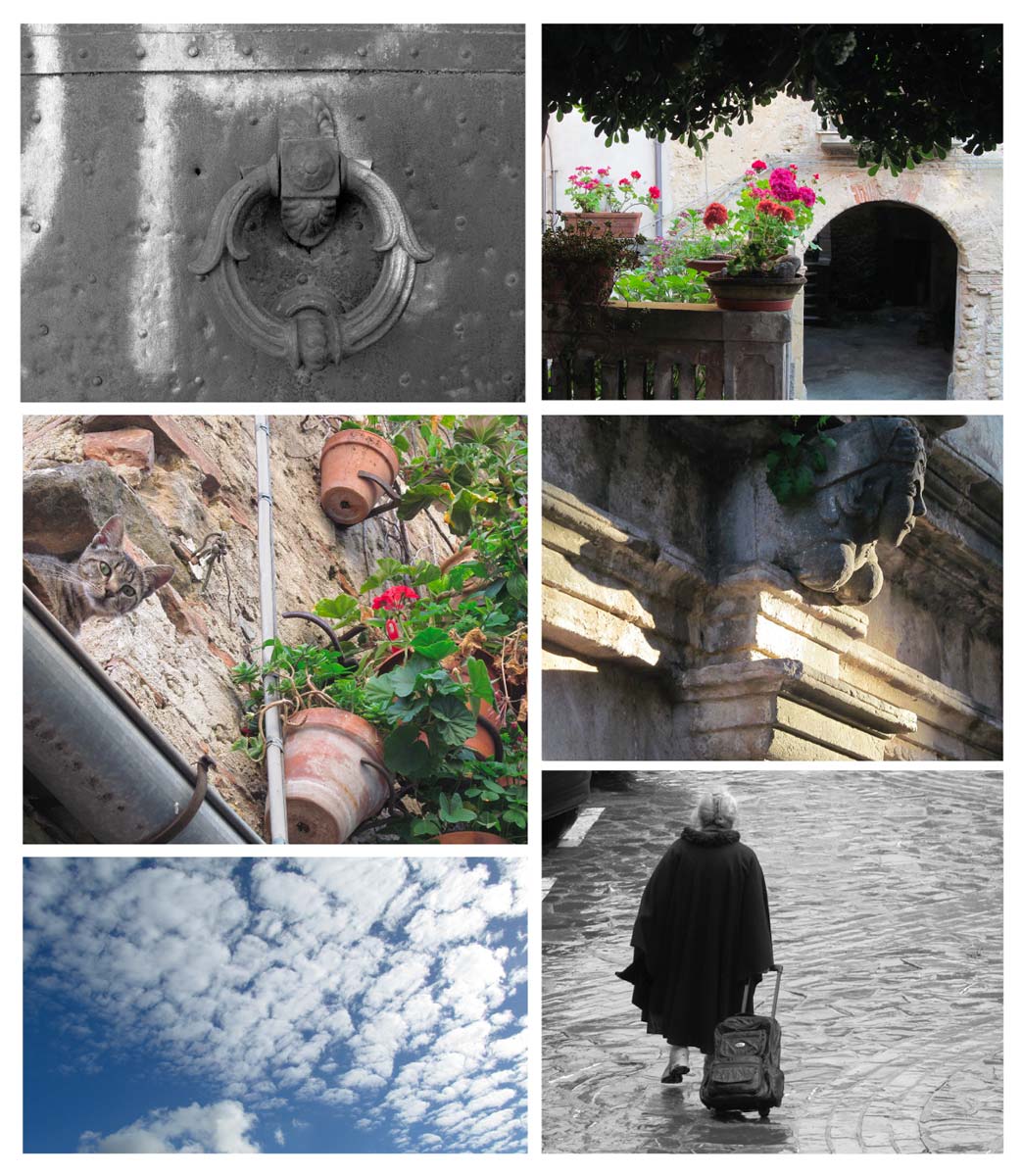 In the two short stories, interconnected with each other, the sensitivity of the unlikely Arianna (and the name is not accidental) emerges as the protagonist of a dreamlike modernity, in an illusory journey between places and non-places (San Marco Argentano and ‘visions’ from Bosch, Bruegel, Escher). These two short journeys into Arianna’s memory (non-place) pass through physical places, perceived through the ‘multimedia sensors’ of an alternative museum that enchants and amazes.

In the first there is the realization, through the eyes of a child who imagines seeing what is not there from the top of a tower, as if the urban layout were a litmus test of the hope of continuing to see what there might be. But sometimes the imagination is not enough.

In the second, Arianna chooses an immersive visit in a painting by Escher, one of his improbable ‘rooms within the rooms’, populated by people who are unlikely to meet each other in a game in which the same protagonist will become part.

Tales of urban and spatial memory

The museum opens early and closes late in the evening. I believe Arianna has been there at least twenty times since its inauguration.

The singular characteristic of the visual sensors that perform sensations and experiences immediately captured her, bringing her back to that magical place several times. Five people lined up before her. 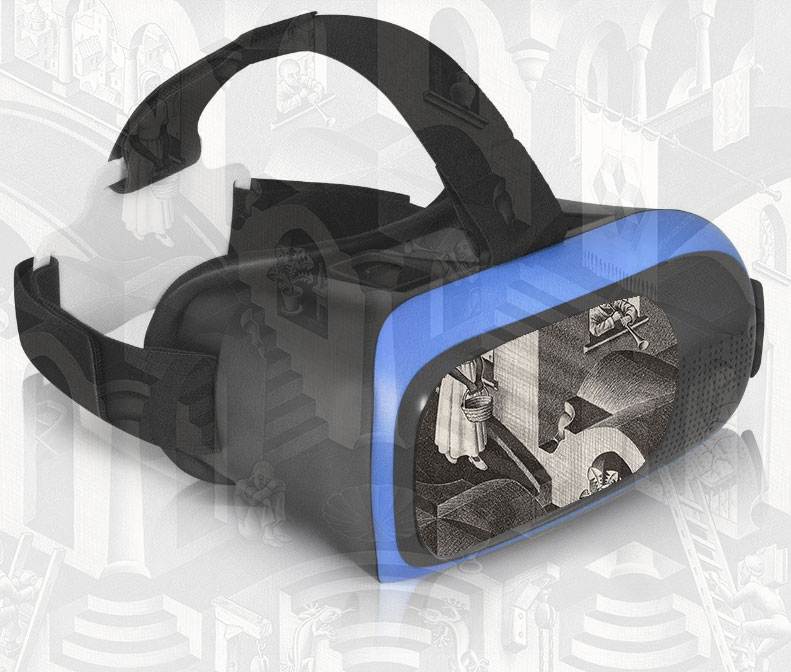 From behind the dark tempered glass comes only an amplified voice: “Here is the rest, take the helmet to your left and enjoy”. Arianna takes her helmet and from this moment she will be the one to ‘speak’ and describe what happens to her …

I put on the helmet: “Country / city / metropolis”, I choose with the only movement of the eyelids: “COUNTRY” and start my journey from sitting.

This is told by a child’s voice, interspersed with a light flute music. 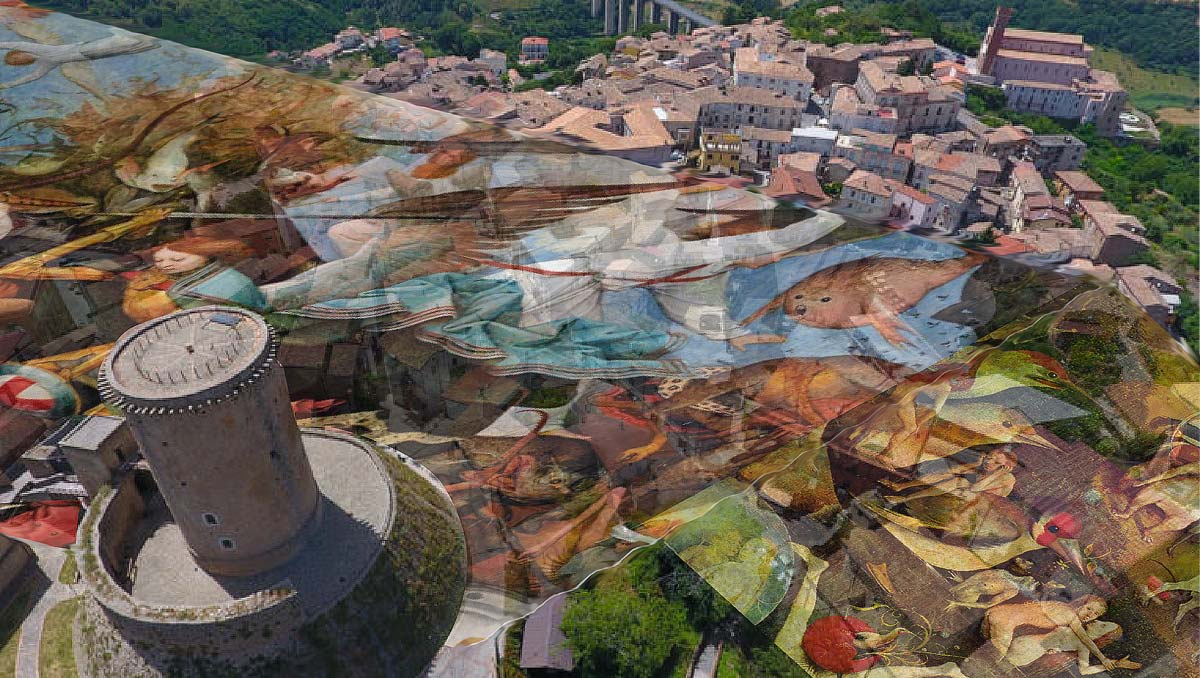 A maze of narrow streets. He could see them from the top of the tower: his mind, with each movement, reconstructed anthropomorphic profiles, women lying down, mermaids and fantastic animals, as usually happens with clouds. If that urban vision recomposed the most varied forms as a game, he imagined that the houses, the streets and the spaces seen from above were the real inhabitants of a village now emptied. A kind of suspended spell, atavistic sign of a contrasted and almost dreamlike reality.

What if his visions were real? What if people and places were the same thing?

People make the place and the place needs the people and if the people are not there, the landscape itself imagines its existence.

The strangeness was the constant change of that particular perception. The anthropomorphic images appeared for a brief moment, in the attempt to review the last visual reconstruction he was faced with an evolution of those images. The stairs that descended represented for a brief moment the feet accompanied by the sinuous legs of two different streets and then became tentacles of moving octopuses, to transform themselves into agitated and disheveled hair. He looked to the other side, to the west, with difficulty because the wind in his eyes was biting sand for a moment. The figures hid from his eyes for just a moment and, as if they agreed with each other, they appeared again to make jokes. A man and a woman running around, a dog lying down, a lady with a long skirt sitting.

“Come on, let’s go down, have you seen how beautiful the country is from here?

The dad took him by the hand and they went down to the little street in the alley next door.

“Pay attention, here there is the lady with her long skirt!..”

On the street, the echo of the past…

A voice warns me that the vision and the story are over.

This particular journey through the places is a unique movement combined exclusively with a single visitor: the helmet, the excellence of the most modern technology, recognizes the predispositions and sensations of the users and manages to generate an absolutely original and unrepeatable visual and sound story. You will soon be able to choose whether to continue or abandon the multimedia immersion. ‘

I decide to continue and let myself be captured by the images of the menu that scroll around me. Stop the movement of the scroll in correspondence with the immersive visit in the paintings by the author. I select “Escher” and I find myself, without even asking, in the artist’s lithography that I always looked at in my dad’s books as a child.

The sound of the moving pulley inevitably announced my unexpected arrival. The three-dimensionality, skillfully expressed by the artist, suddenly became real, but the thing that left me speechless, and above all unprepared, was the participation in a point game, aimed at getting out of the picture through a series of unexpected and pitfalls , of questions and questions: under penalty of being assumed as definitive character in the lithography. By now I was inside, but I absolutely had to get out and, I must confess, at that precise moment I doubted my own abilities to return to the ‘real world’. I didn’t know whether to be afraid or to face the “convex concavities” with a light heart. The salamanders helped me get from the rope to the steps. To go up I had to think about going up, and to go down I had to think about going down. The thought was associated with the possibility of having a one-to-one vision between the concave and the convex, and my eyes had become adept at identifying one or the other. The environment presented itself to my eyes on ten floors, delimited by openings, stairs, columns and passage hatches. From the ladder the messenger with the rules of the game joined me.

I thought that, given the size of the tome, I could consider myself doomed. 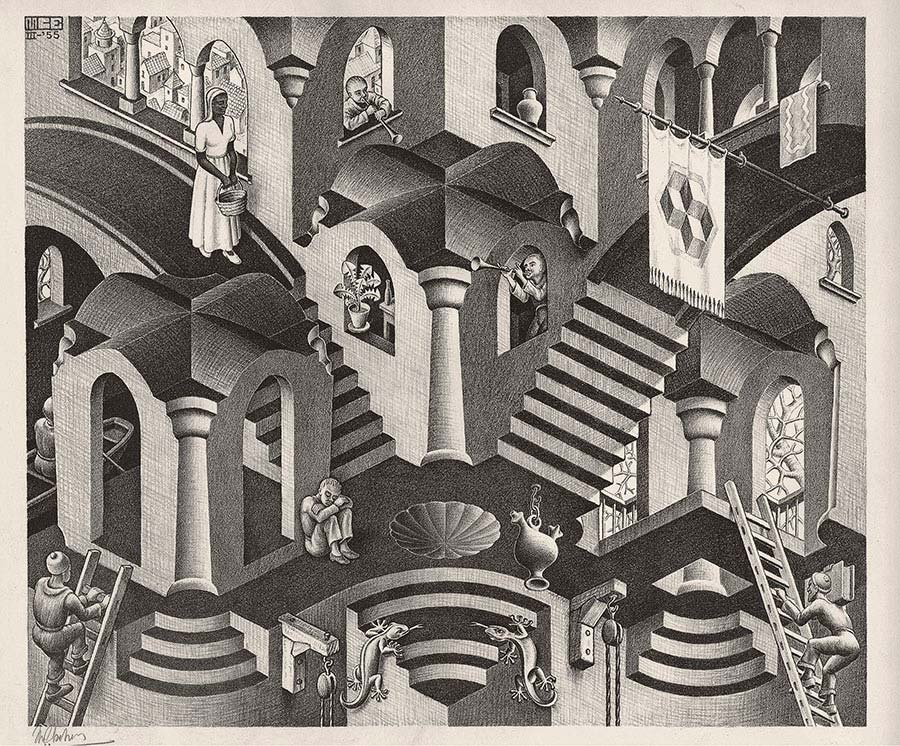 It was he himself who reassured me by telling me that it was all scene to amplify the expectations of the game and that the pages were actually all the same. I breathed a sigh of relief. The unison sound of a medieval-like motif followed. I looked up and saw them facing the mullioned windows of the two different and unlikely floors, the woman with the basket came down towards me and left me a question to fill out in silence. He advised me to first explore the spaces and then proceed with the resolution of the questions. I climbed the stairs, passed the passage that led me to have a clear view from the triple lancet windows at the top: an indefinite expanse of houses, a ‘lithographed’ but real city. I could see beyond Escher’s painting. I could not discern what was real and what was false, which were the stairs going down and which ones going up. Where did reality begin and where did fiction begin?

“Arianna, Arianna” the voice reached me first faint and then clearer and clearer and I thought that someone present in that latch was about to reveal a key to get out of the picture in good time. “Excuse me, sir, could you tell me if the first clue is related to solving the riddle of the sphinx?”

“Arianna, Arianna, what are you doing talking in your sleep?”

I opened one eye and then the other. I lifted my face off the pillow and met my mom’s gaze. “Arianna, when will you stop writing late?”. Only then did it become clear to me that I had exaggerated.

Stories
Tribute to Christo and Jeanne-Claude
Stories
The fragile stone of St. Michael
Stories
Collective living in the near future
Close