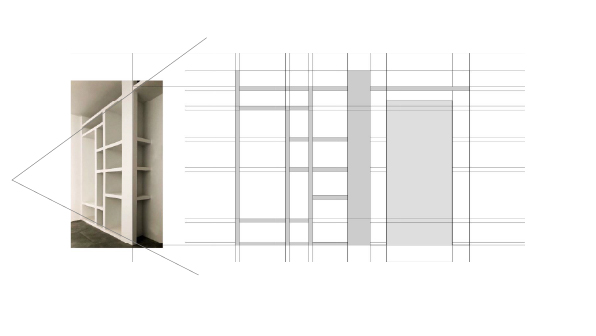 The Cartesio bookcase is developed on the basis of an orthogonal grid with a square module. A free composition of horizontal and vertical planes is arranged on the lattice.

Geometry is to the plastic arts what grammar is to the art of the writer. – Guillaume Apollinaire

The composition and the project

The geometry of the grid has always accompanied man in the search for compositional balance, from urban planning to architecture, from design to painting. The grid is a pattern formed by orthogonal lines that divide the space into two-dimensional constant units that are repeated with seriality, the modules. The creative composition is developed within this structure. 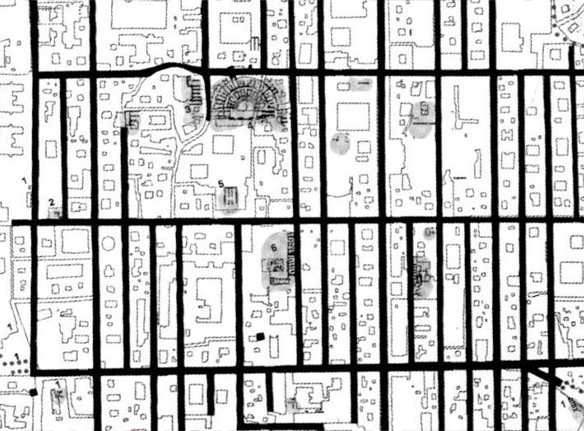 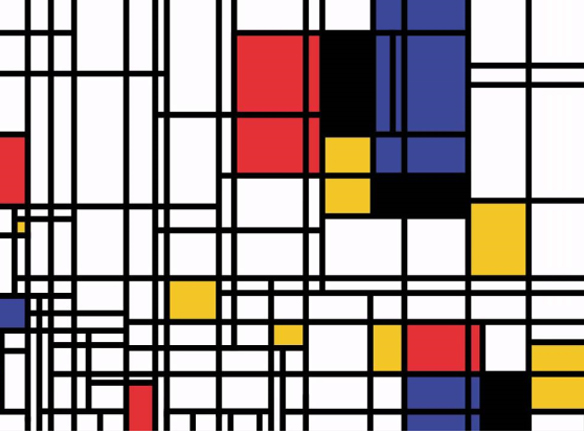 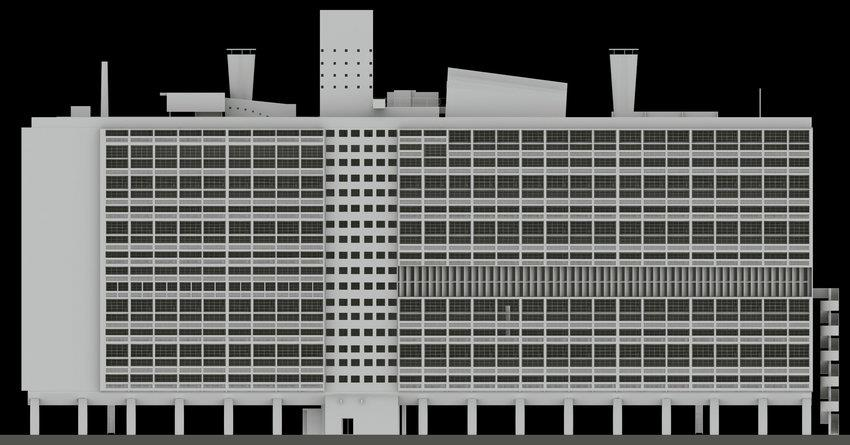 The Project (tangible element) is the product of the Design (conceptual path) of every spatial area crossed by human existence, from the intimate and tactile space of common use objects, to the private one of the house or its relations with the city ​​and the surrounding area.

In the everyday work of the architect, made up of regulations and bureaucracy, often the only opportunities to give vent to one’s creativity arise in the design of furnishing accessories, a design that is no less complex than the execution of an architectural elaborate. In fact, design and architecture follow the same conceptual process made up of stylistic, structural and functional analyzes, the only differences between the two disciplines manifest in the phases following the design as the conception of a piece of furniture is translated into its immediate realization, while the architecture, before taking shape, goes through a complex bureaucratic process made up of requests, authorizations, offices and procedures.

The Cartesio bookcase is located inside an apartment located on the outskirts of Trapani. It arises from the customer’s desire to make sense of a wall made too large by the demolition of a partition. The design proposal consists in the creation of a structure of horizontal and vertical planes that harmoniously relate to the fixed elements of the surrounding environment: wall and entrance door which therefore represent the two starting elements of the composition, i.e. the white sheet and the static element.

Phases of the design:

The bookcase is entirely made of plasterboard. The aim of the project is to give lightness to a system that generally appears coarse and heavy because it is entrusted directly to workers without going through the design of a professional technician. 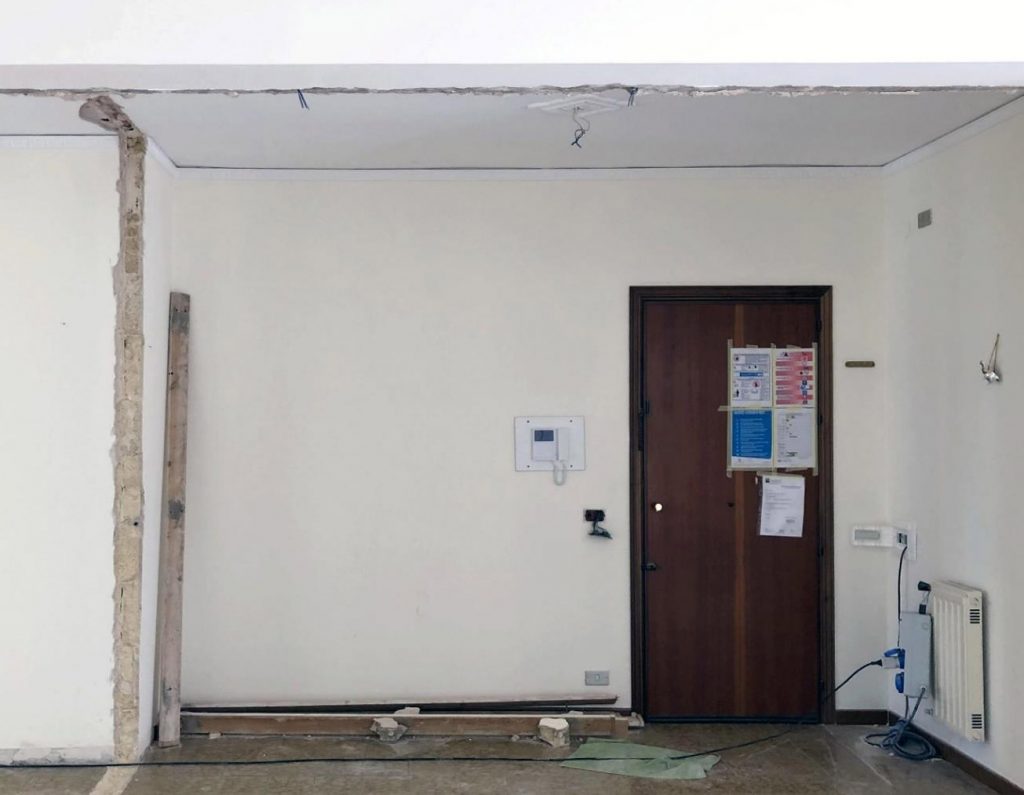 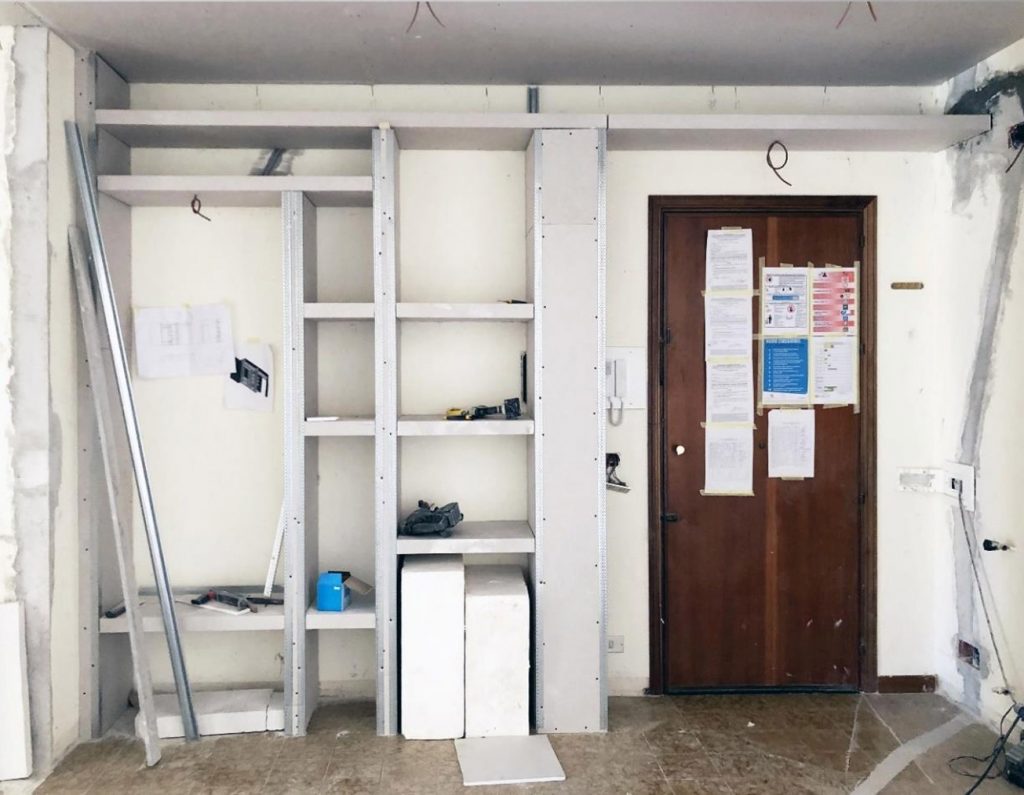 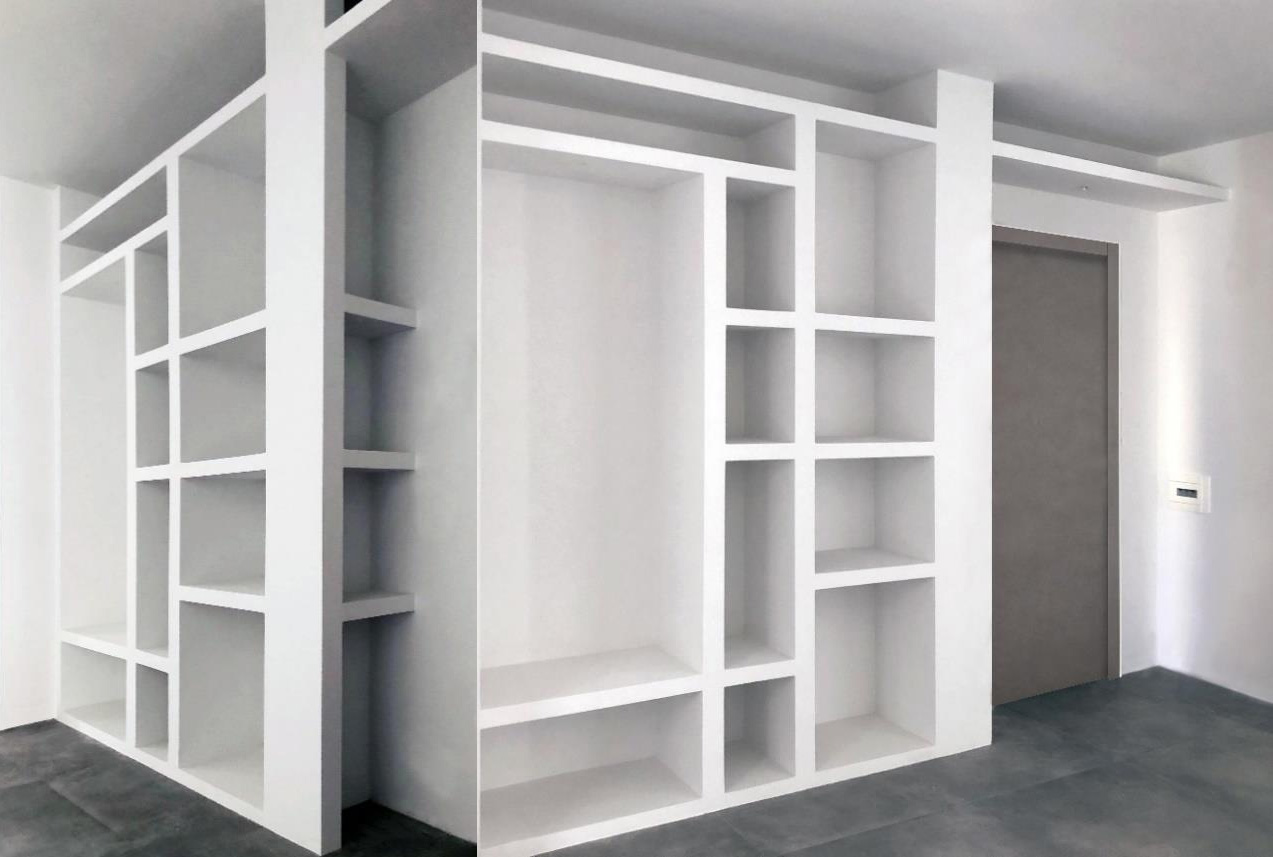 The entrance door, partially framed by the shelves of the bookcase, was highlighted with a dark colour because it represents an important element as it indicates the transition between inside and outside. The colour used for the bookcase is white RAL 9003 to create a contrasting effect with the concrete gray of the flooring and the door. Wall, door and shelves become part of the same composition thanks to the movement of the orthogonal planes.