”Casa Guidi” a showroom where one can feel at home 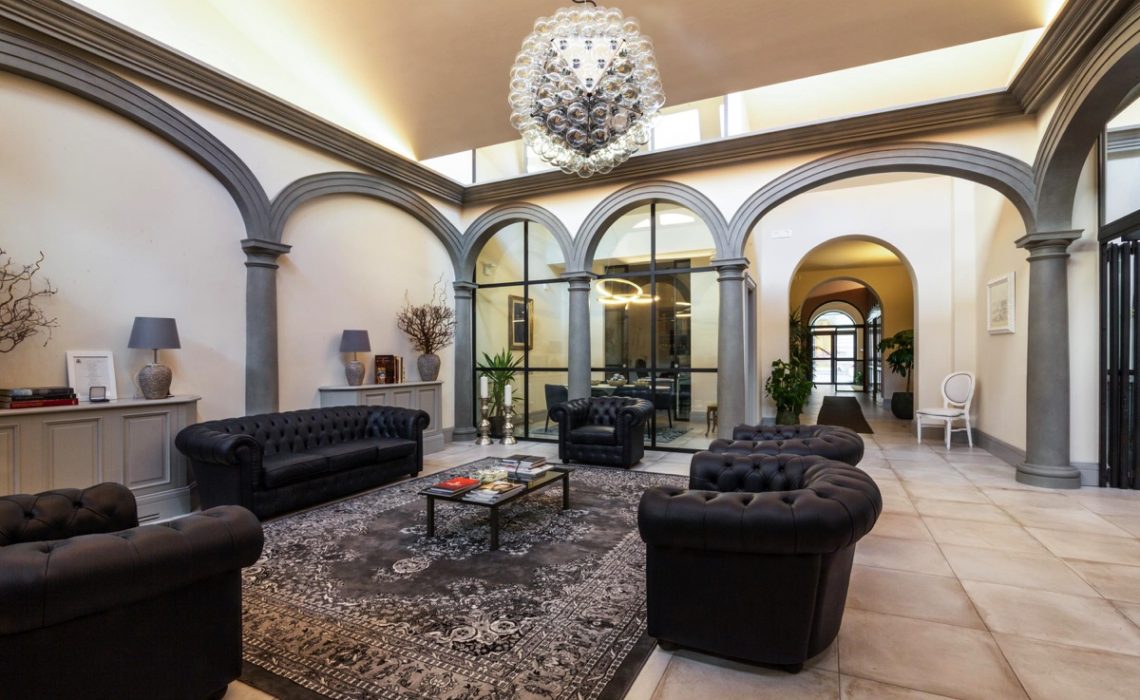 In recent decades, the willingness to redevelop the architectural and urban fabric of cities brings forward the need to deal with the recovery, reuse and restoration of buildings that housed certain functions and are today abandoned. In fact, there are more and more examples of interventions on buildings that were former workshops, industrial areas and portions of the urban fabric to be re-functionalized. In an urban context, the recovery and refunctionalizing operations (that is, adapted to new functional destinations), allow for the designer to deal with the theme of conversion in close dialogue with the history of the pre-existing places and buildings, giving it a new research input to create new spaces that are greatly evocative. 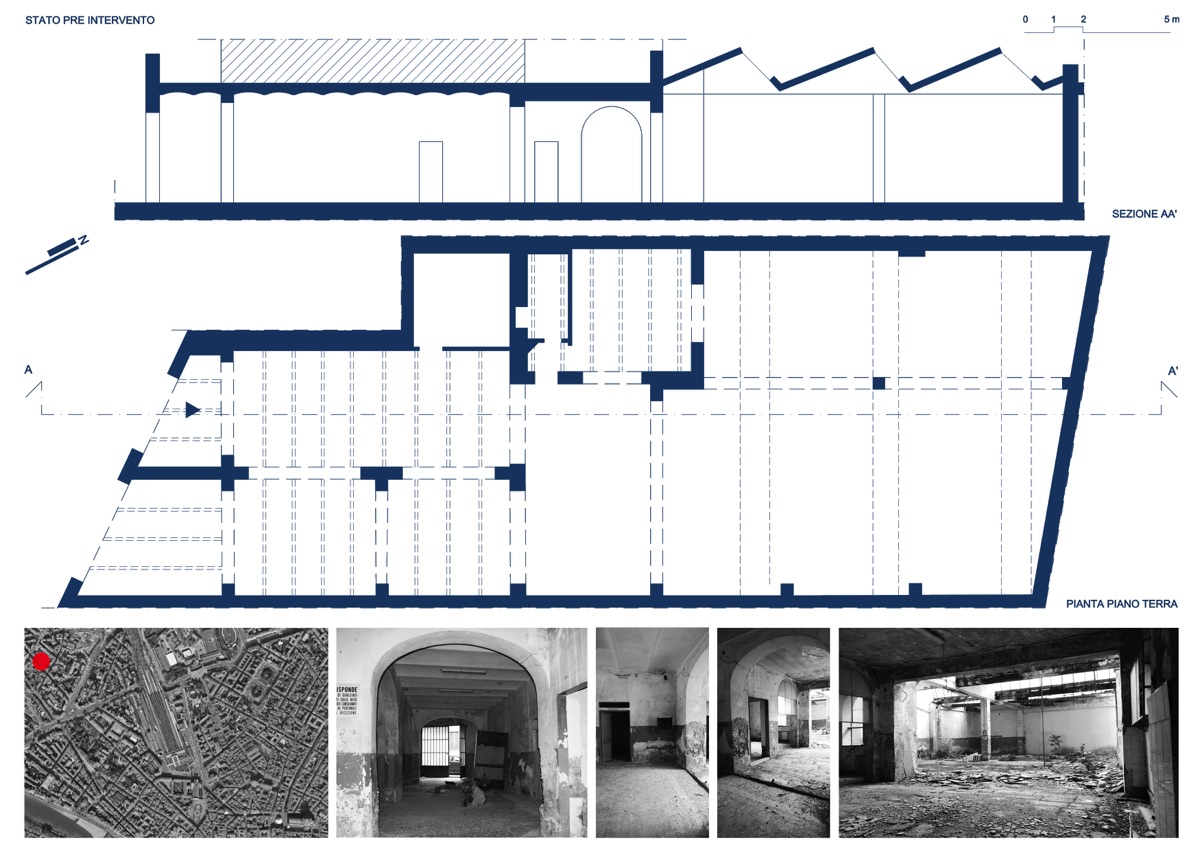 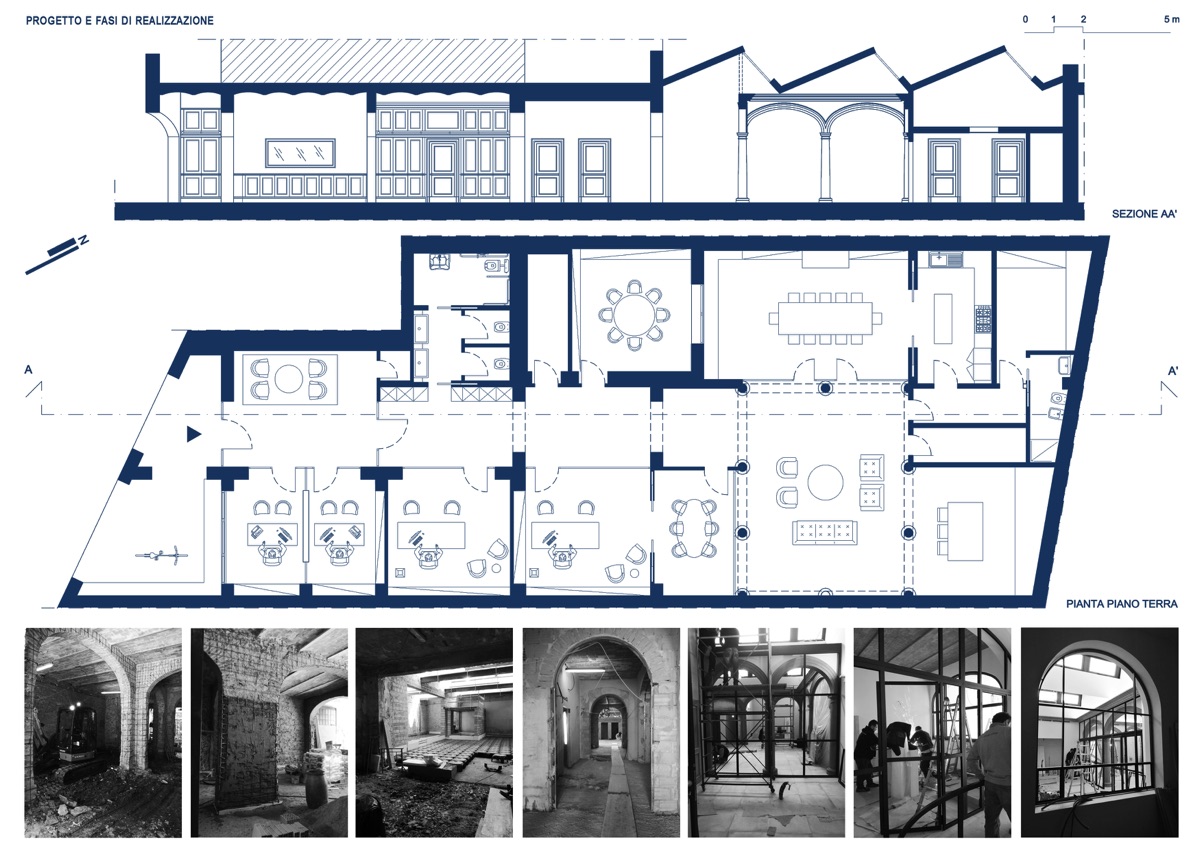 In this scenario stands the recovery of a former mechanical workshop, abandoned for over twenty years, located in a nineteenth-century fabric just steps from the historic center of Florence.

The environment was designed to house the executive, commercial and marketing offices of Guido Guidi Ricevimenti, a family-run company that operates in the field of high end catering. The “Casa Guidi” project was born from the idea of ​​creating an elegant and welcoming place where guests feel at home. It develops like an actual house centered in the large courtyard that houses the living room where guests are welcomed. 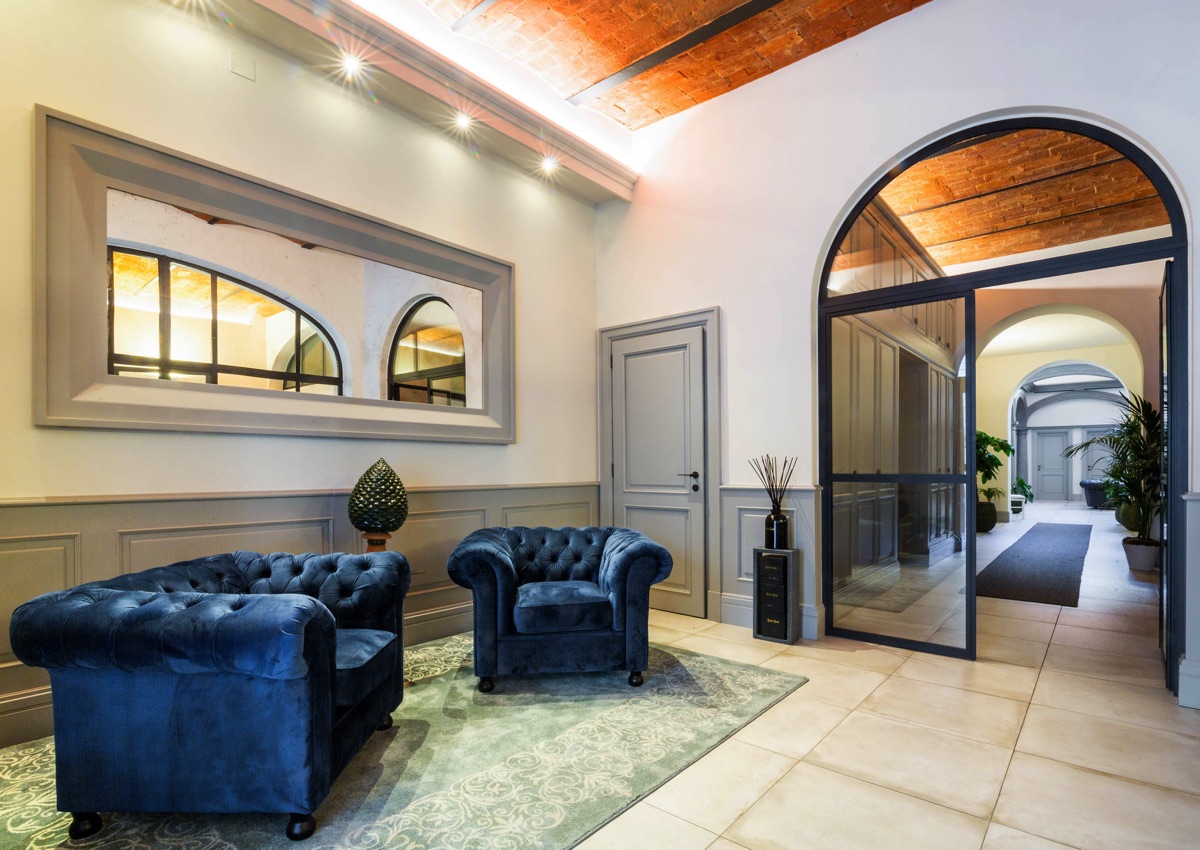 The living room is adjacent to the large dining room with an open kitchen and by a corner dedicated to wines, which has been created in a small, more reserved space, where a large wall unit welcomes the most prestigious national and international labels, selected with care from the family. Inside the dining room, the protagonist is a large sideboard credenza, designed and made to measure for this environment. From here one can choose the mise en place for the event. Other areas are intended for the four offices, two meeting rooms and three storage rooms, as well as guest and private toilets. 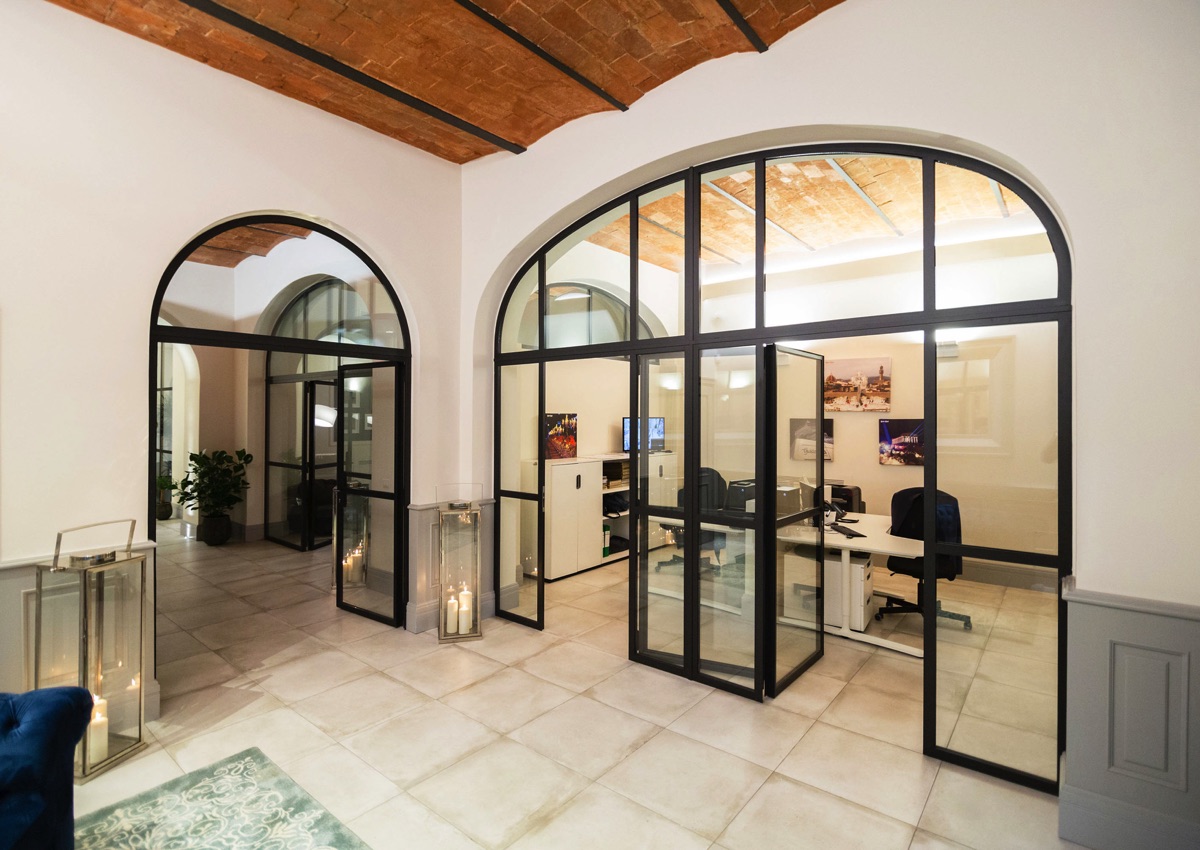 The project was made in synergy and collaboration with the public administration with the goal of maintaining the architectural elements that are the expression of construction techniques and materials widely used in the past. Of the former mechanical workshop (about 350 square meters) the project has retained some characterizing elements. For example the shed roof, typical of industrial warehouses, lets considerable daylight in, and it consists of four bays with ribbon windows. The shape was preserved,  but completely replaced in all its elements due to its conditions, in fact part of it was damaged and the windows almost completely missing. 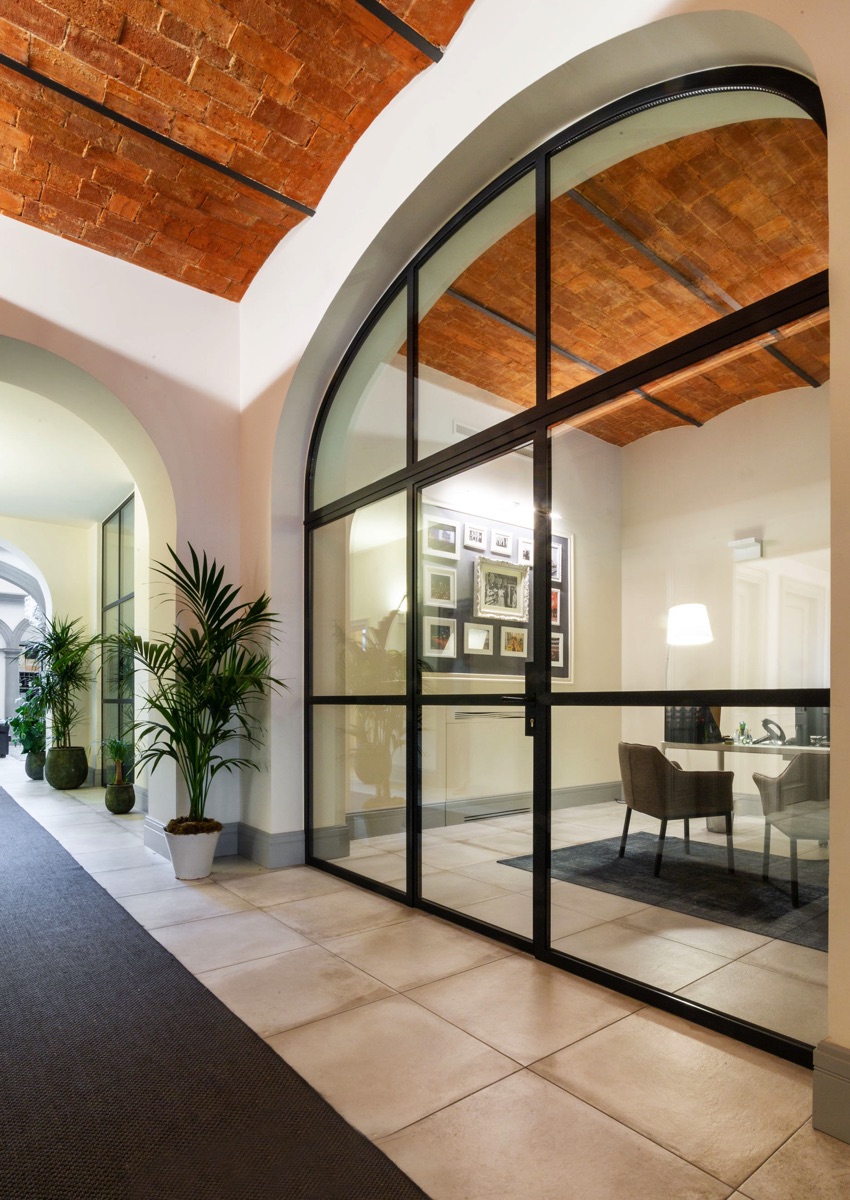 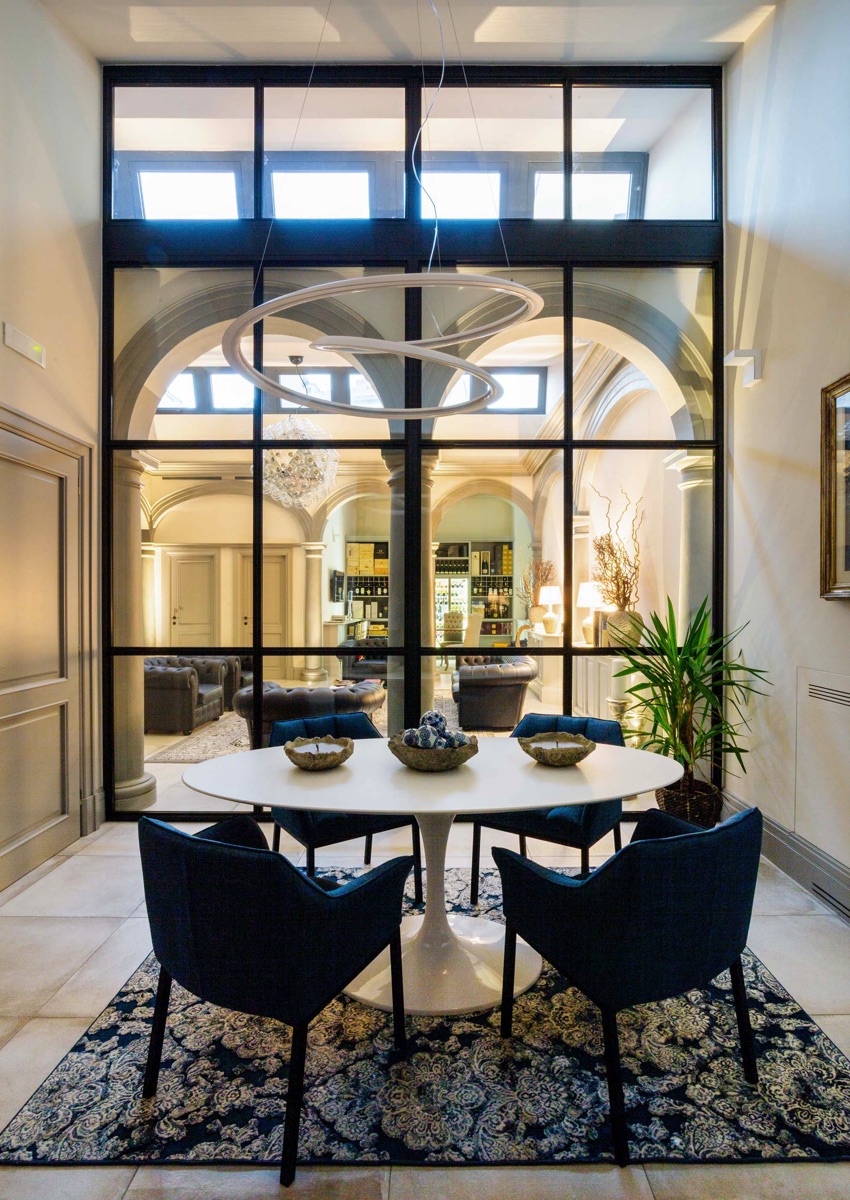 Other elements that were preserved are the vaulted ceiling in exposed brick which has been restored, the paving in blocks of pietra serena which has been reused outside, under the entrance loggia and the large arched window in the dining room. This room has been conceptually maintained but replaced with a new one due to its conditions. 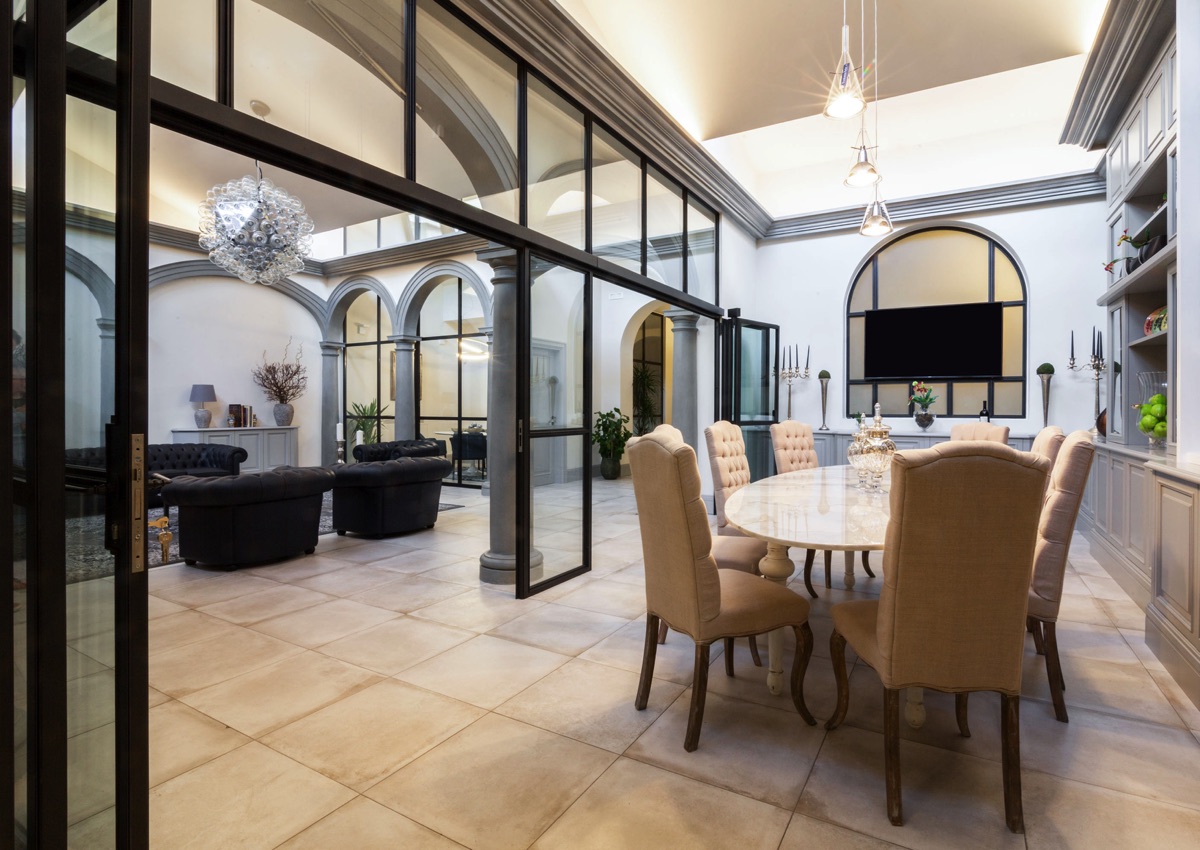 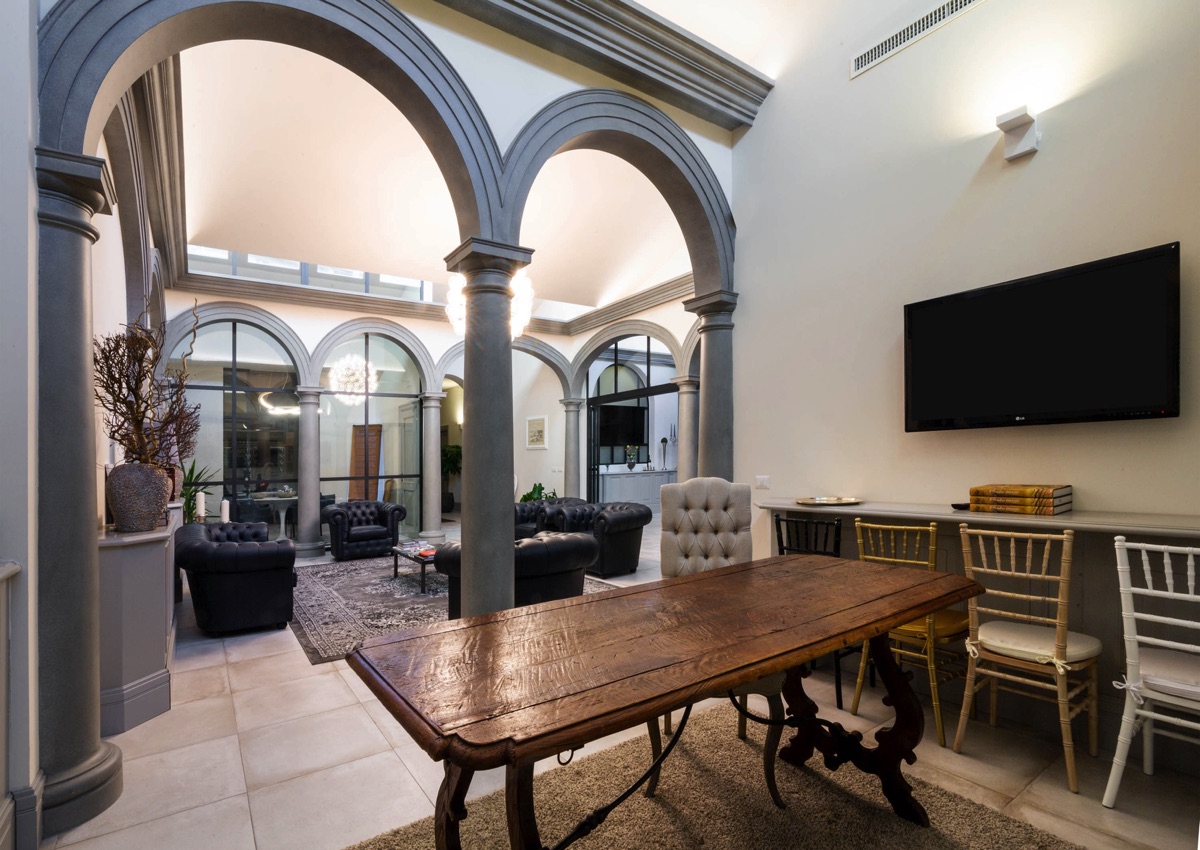 Almost all of the newly built walls that divide the different rooms, are made of large anthracite gray iron windows and glass. Their technological details refer to a purely industrial style but technologically advanced, in order to give the right acoustic comfort, insulation and privacy that workplaces and meeting rooms must satisfy.

The industrial style joins a modern classicism to give life to stylistic contrasts that harmonize the space, creating a union between the elements of historical architecture that characterize the building and the elements that conceptually represent stylistic cornerstones on which Guido Guidi Ricevimenti is based. 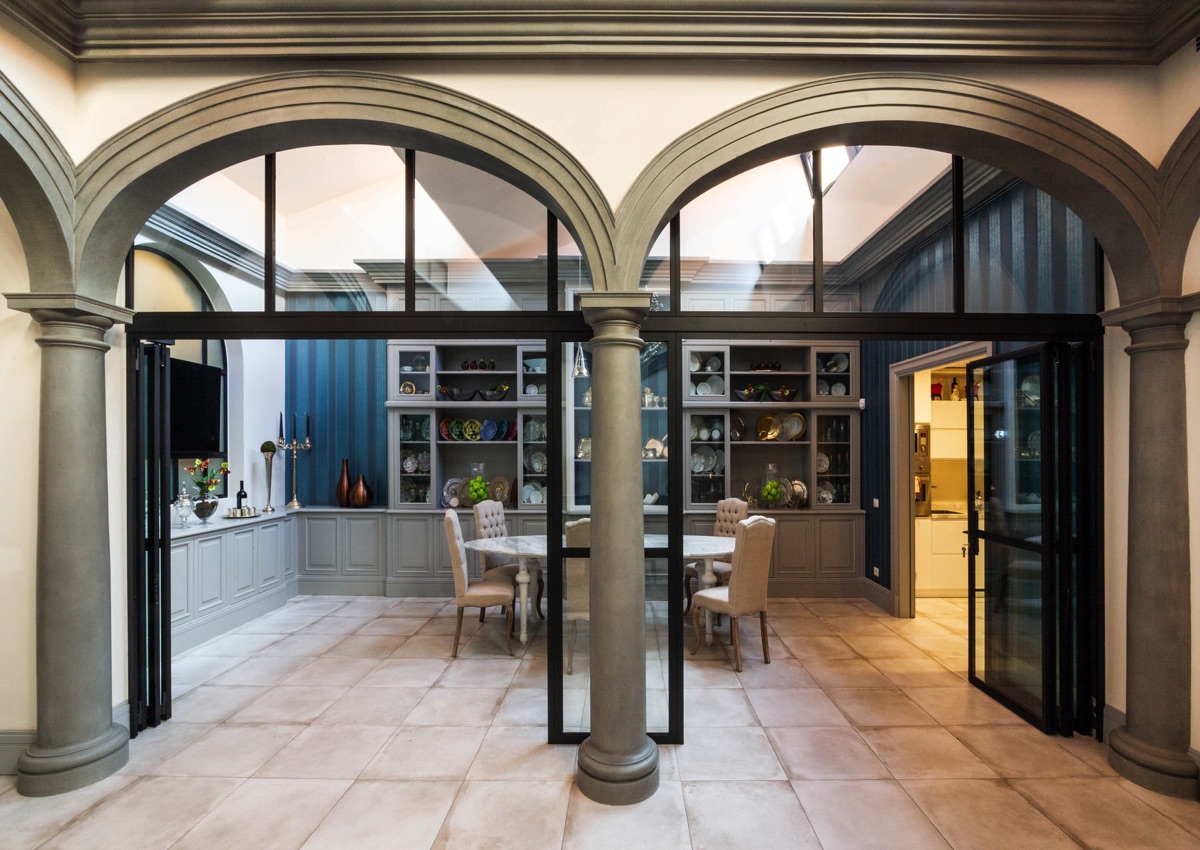