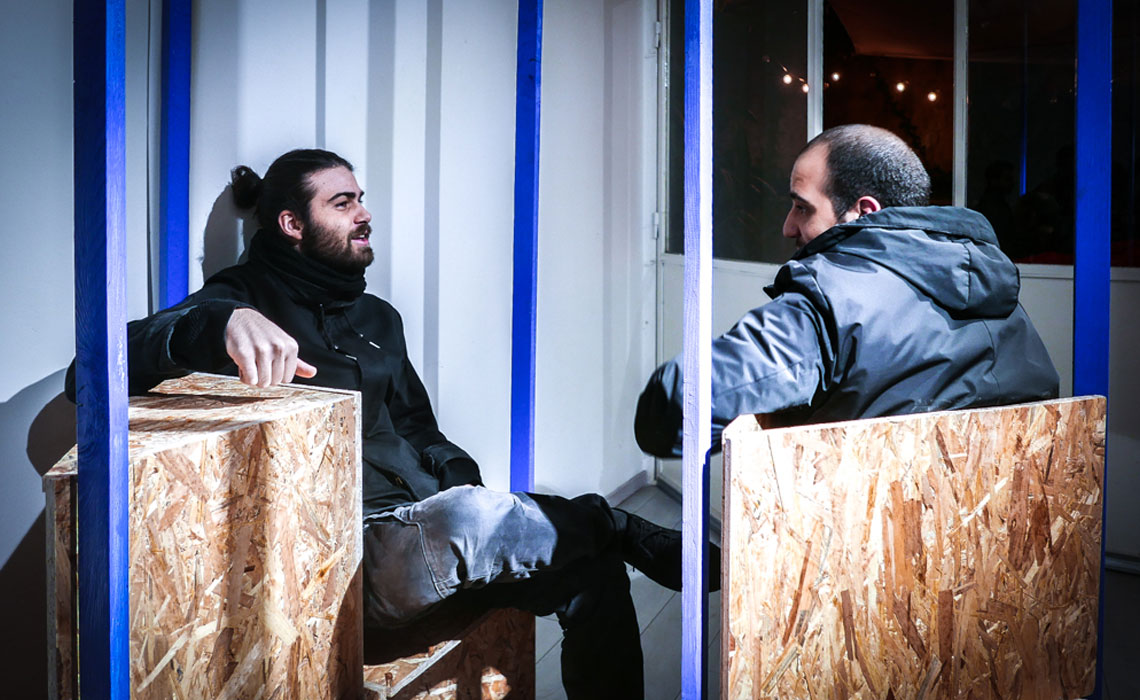 MURO ​​was born from the collective’s desire to reflect on the theme of “obstacle”, trying to have a critical approach and a look as open as possible, in order to create a series of interactive installations of an artistic-architectural type.

The interest in the theme is common to all members of the group, coming from the same architectural study path. What drives us to work on this project is born by observing how much people and the space in which they live mutually condition each other, in a relationship that also includes obstacles of different nature.

Among the various possible points of view, we choose from time to time those for which we feel greater affinity and we concretize them together in different installations. One of the interpretations of the theme has given rise to MURO.

In this case, we initially asked ourselves about the nature of different types of walls, and then we focused on those that are on the border, on the fences, on those that make a separation or that in any case divide a more or less extensive space into two parts. These have a wide variety of morphologies, but can by their nature be assimilated to the concept of obstacle.

MURO ​​was born from the aim of overturning the meaning of obstacle, by designing a wall that on the contrary is an opportunity for inclusion.

The strategy adopted is to make an element that divides space into a habitable element, which becomes the engine of transformations in the surrounding environment.

MURO ​​is made of a series of modular units and a fixed frame. By moving the modules, the visitor can adapt their position to their needs, creating different areas. He/she has the opportunity to manage them as he/she wishes, even together with other people, being able to assemble and move them inside the frame or outside it, thus interacting with the surrounding space. 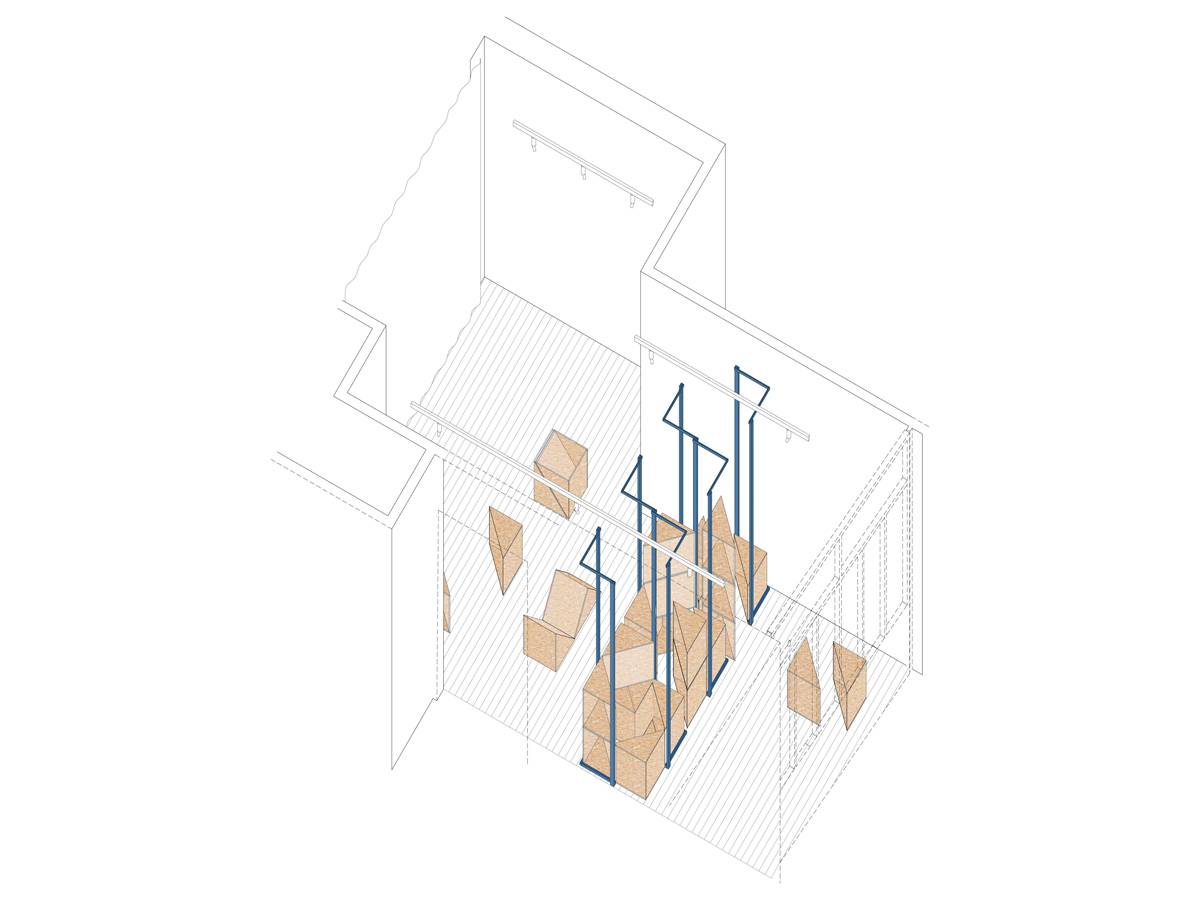 When MURO was inaugurated at the Sinestetica art gallery, on 6 December 2020, on the occasion of the Roman festival MarteLive, initially all the modules were inside the frame, creating a real barrier.

Finding the passage obstructed, visitors began to interact with the installation in various ways: disassembling the wall to create new ways of crossing, using modules such as seats and tables, creating hiding places... Once all the modules were extracted from the wall, only the frame remained standing, making the space a single environment that can be crossed.

So the wall exists only in an abstract way and the modules scattered in the environment redefine it with new spatial conformations. In this way, the element that previously divided the unit into two parts, has given rise to an archipelago of new situations in constant change. 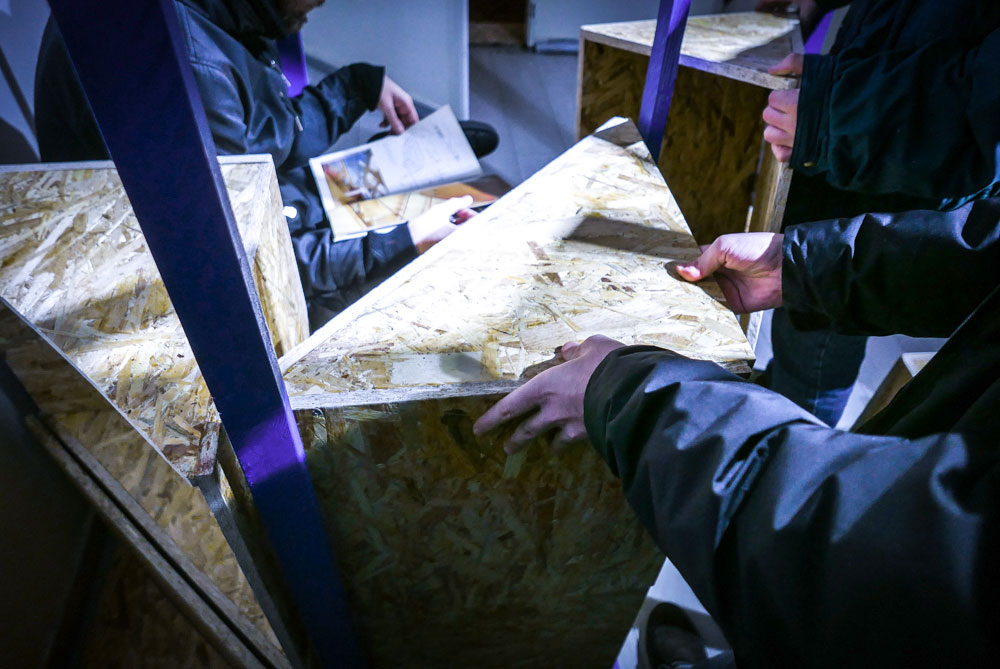 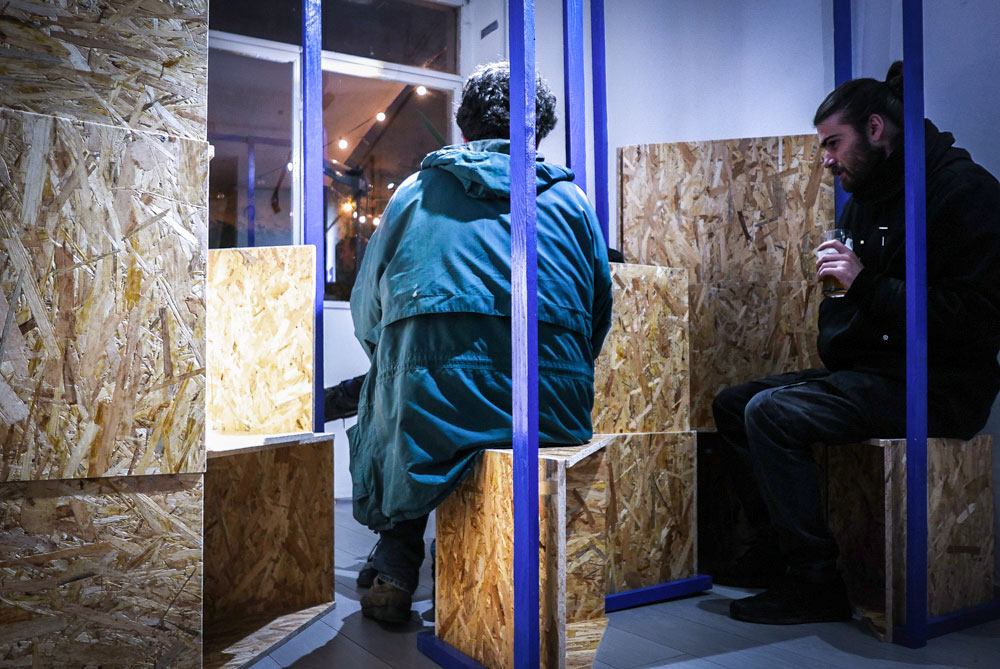 MURO ​​was conceived as a temporary site-specific installation and as such, is linked to the context in which it was created. Despite this, we believe that the type of reasoning and the objective pursued by us could be an inspiration for other situations, each different but of the same nature, which could be reversed through effective strategies from time to time.

A look into the future 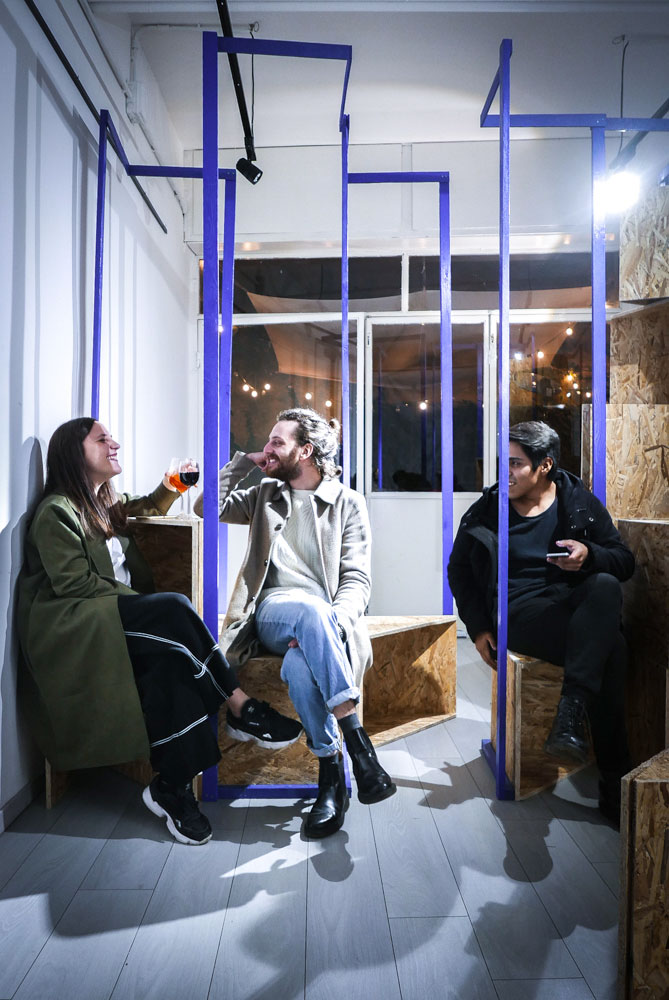 The reflection on the issue of “obstacle” continues to be rich in ideas and in particular the latest events have prompted us to return to an aspect that is already dear to us, but which proves to be current today more than ever.

The contingency that leads us to live many hours in our homes, has in fact led us to observe more carefully how many and what obstacles exist in domestic spaces. The latter are the suggestions for our next work.